Seattle trio Dude York’s new full-length Sincerely is finally out today on colored vinyl, CD, digital, cassette, and all streaming services. In recognition of this milestone, the band has shared the album’s first music video for their anti-love anthem ”Love Is.” Watch their tribute to public access TV and musical countdown variety programs below...

Just in time for the start of a run of tour dates with Acid Dad, Brooklyn trio IAN SWEET have shared a strange and somewhat queasy new music video for their Shapeshifter single “Slime Time Live.” Featuring IAN SWEET guitarist/vocalist Jilian Medford and – in her acting debut as “Jilian’s Mom” – Jilian’s actual mom, the video from director Ryan B...

Credit: Directed by Marcy Stone-Francois
Sunday evening in Manchester, Tacocat’s Lost Time overseas tour begins with a set at the Sounds From the Other City Festival. In honor of the band’s long-awaited return to Europe, we’ve shared their sparkling new ultraviolet music video for moody single”Talk,” which premiered earlier today via NYLON. Head there to watch the video... 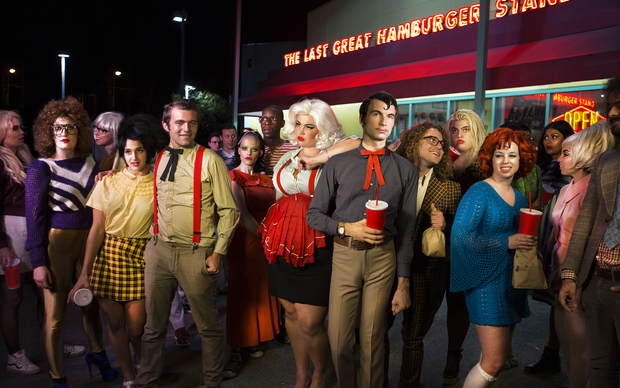 Today, Shannon and the Clams shared a charming new music video for “Point of Being Right,” a standout cut from their upcoming Gone by the Dawn (out this September). The video, directed by Clams guitarist/vocalist/songwriter Cody Blanchard, features Cody, Shannon, drummer Nate Mayhem, and a coterie of companions giving the track their best karaok...