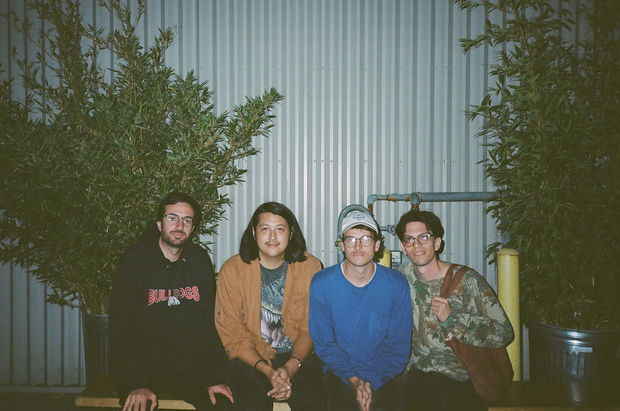 On May 3rd, Versing will release their Hardly Art full-length debut,10000, available on LP/CD/Cassette and Digitally. Starting today you can stream the band's forthcoming release in its entirety via The Grey Estates, who are also running a long-form interview with the band's frontman, Daniel Salas.

On May 2nd, Versing will play an album release show in their hometown of Seattle, WA with a short headlining West Coast run to follow. The band will then join LA band Froth for an 18-date US run, starting on June 19th in Las Vegas, with shows in Phoenix, Austin, Dallas, Memphis, Madison,  Chicago, DC, Brooklyn, Boston, Montreal, Toronto and ending on July 12th in Denver, CO. Click here for a full list of dates.

Like what you hear? You can pre-order 10000 via the Hardly Art minimart. The first LP pressing will be available on limited ash-colored vinyl. CD’s & LP’s include a digital download, available on release day.