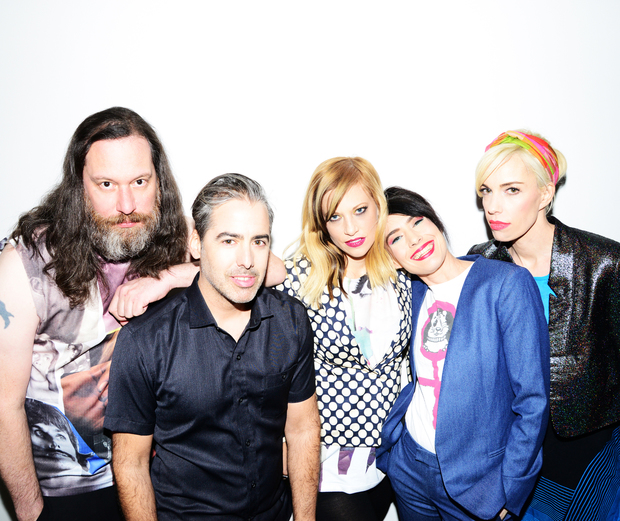 Hardly Art is incredibly proud to announce its latest signing: The Julie Ruin. Set for release on LP, CD, digital, and cassette formats on Friday, July 8th, Hit Reset -- which finds the band operating at the peak of their considerable talents -- is The Julie Ruin's first full-length since 2013's Run Fast and the release of the biographical documentary The Punk Singer (which charts Kathleen Hanna's career from the founding of Bikini Kill through to this latest iteration of The Julie Ruin). Leadoff single "I Decide" premiered this morning via Pitchfork, and was heard last night on Henry Rollins' KCRW radio program. It's yours to stream here or via the embed below. The band has also shared a lyric video for the song, starring Waxahatchee's Katie Crutchfield as she listens to the song for the first time at SXSW, which you can watch below.

Of Hit Reset's subject matter, Kathleen Hanna says, “I was way more honest lyrically on this record because we’d been on the road together and I felt more confident taking risks in front of my bandmates,” adding "I’ve written about my personal bouts with illness, abuse, sexism and how hard it is for me to walk away from people even when they are toxic Tasmanian Devils before, but not in this way.”

Hit Reset is now available in our shop for preorder on all formats, with the first press of LPs on white vinyl.