Today, Girl Friday has delivered a surrealistic visual for “Earthquake,” the powerhouse lead single from Androgynous Mary, their acclaimed album of 2020 out now on Hardly Art.

Girl Friday’s Vera Ellen, who directed the video, offers this, “The greatest love story is between a song and a video. I wanted to deconstruct the creative process. How do ideas find each other? What happens when the artist lets outside forces get in the way of an idea? How is an idea affected by us, the audience and our expectations? What does an idea have to do to become it’s complete, purest, self. Beyond anything, it’s a story of fighting for true liberation. This will look different for everyone but I hope people can project their own struggle onto the story, and relish in the freedom experienced by the characters (if only for a moment)."

Androgynous Mary is the debut full-length release from Girl Friday. Burning deep in their music is an unquenchable will to survive. The LA-based band don't blunt the impact of the themes they work through in their ferocious, knotty rock songs, but they don't let the more harrowing aspects of being alive and young in the 21st century daunt them, either. Taking full advantage of the dystopian shades of post-punk and noise rock palettes on their arresting Androgynous Mary, Girl Friday nevertheless suffuse their music with abundant optimism. The world is a hellscape, but the four of them are in it together.

Produced by Norm Block, Androgynous Mary sees Girl Friday negotiate the stress and alienation that comes with being sidelined from normative society with bold, dramatic guitar lines and tightly wound vocal harmonies. Alone, we suffer under the weight of everything designed to keep us down. Together, we stand a fighting chance. Girl Friday place their hope squarely on that chance -- on what we can do when we show up for each other, where we can go when we've got each other's backs. You can listen to Androgynous Mary in its full glory here. 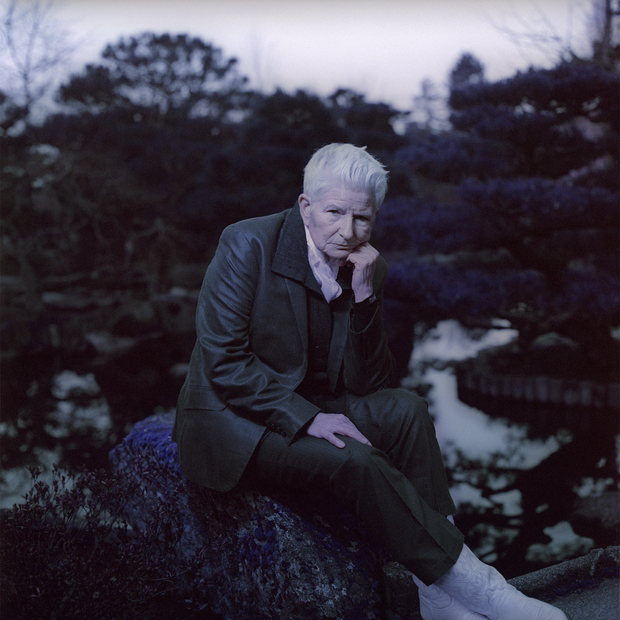 “Girl Friday have delivered an exceptionally promising debut with Androgynous Mary. The band’s marriage of indie rock and post punk is perhaps not the most novel, but they deploy it with morbid imagery and personal malcontent that make clear their vision and ethos. The final product, like many fantastic albums, is greater than the sum of its parts. The palpable chemistry between the band members creates an album that both voices shared trauma and responds to it with an invigorating collective spirit.” [8/10] - Under the Radar

“Androgynous Mary is a scuzzy rock album for exorcising demons—both of the internal and the romantic variety—or for when you’re ready to face how ugly life can be when you look too close. Girl Friday sees through the shit, but they’re not afraid to stomp around in it, either. If this album had siblings, they would be these things: Subway rats that steal greasy pizza boxes, Brian de Palma’s Carrie, and the scrappy fight move where you bite someone on the hand, hard, until they bleed.” [Best of 2020] - Bandcamp

“This debut’s musical landscape happens to cover an emotional vastness that far surpasses simply anger. There’s heartbreak, melancholy, humor, hopefulness, and even victory—so much more than rage. No matter the emotion, Androgynous Mary finds the band united on the same front, firing on all cylinders through its straightforward punk agenda and nuanced sentimentality.” [83/100] -  Beats Per Minute

“Like most bands, Girl Friday has never been crazy about genre labels, and if you asked them whether they were pop or punk or indie, they’d very likely just say yes. By sliding continually between categories, though, this band creates a very absorbing tension between what they are right now and what they might become in a measure or two. You have to pay attention. You can’t take these songs for granted.” - Dusted

“Girl Friday doesn't allow you to consume their music conveniently; you have to recognize the group of people who made it. They speak bluntly, demand respect, equity, and play a ton of enjoyable music.” - EXCLAIM

“Their debut full-length album, Androgynous Mary (out now via Hardly Art), shows them making genre-defying music on their own terms.” - Melted Magazine

“Girl Friday are quite clearly on their own path, and all the better for it.” [4/5] - MusicOMH