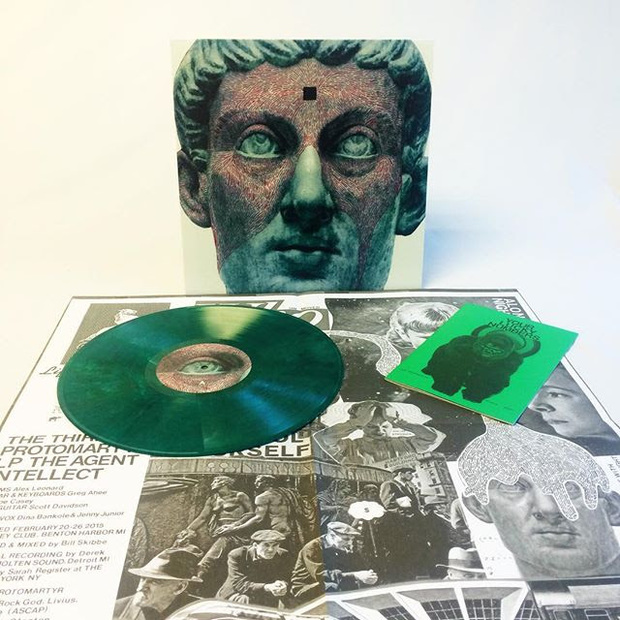 Today marks the release of The Agent Intellect, Protomartyr's third and finest to date. Named after an ancient philosophical questioning of how the mind operates in relation to the self, the new album is an elegant and often devastating display of all that makes Protomartyr so vital and singularly visceral an outfit.

Limited copies of The Agent Intellect are available in the shop, and all LPs come with a lyric zine and a fold-out poster.

The band will embark on a US tour in support of the new record starting off with two hometown record release shows before traversing east to New York for CMJ and finally heading overseas for a month of shows. Don't miss seeing the band at their live, pummeling best. There's not a frontman pulpiteer quite like Joe Casey in music today. All current dates can be found on our tour page.