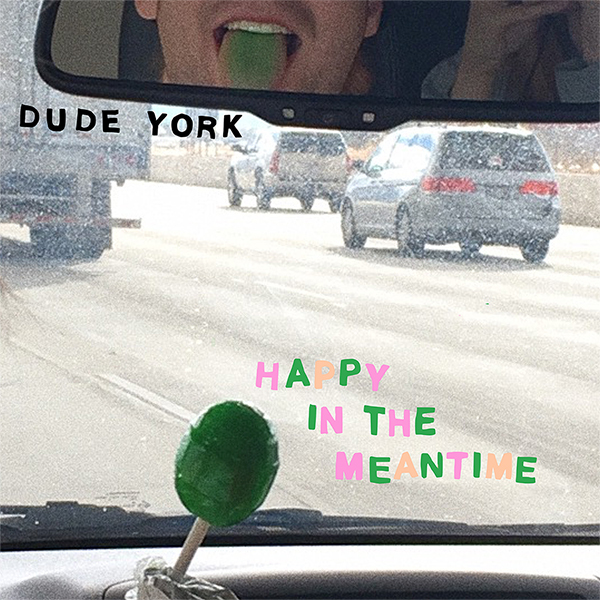 Never ones to slow down for long, Seattle trio Dude York are kicking off their 2019 with a new four-track digital EP called Happy in the Meantime.  The EP, out today worldwide and available to stream or download everywhere, collects the previously-released singles “Moon” and “What Would You Do If You Had Some Money Now?” along with two unheard rockers: the addictive “Run” and arena-ready “No One In My Life Can Hear Me Scream.”

Dude York’s West Coast tour with Partner kicks of Wednesday, February 20th. See below for a full list of dates.

Today IAN SWEET released the kaleidoscopic CG animated video for “Holographic Jesus” from her acclaimed 2018 album Crush Crusher. Directed by Marty Tzonev (whose recent credits include tour visuals for Julianna Barwick), the video centers around things that Jilian does using her wrist, featuring an array of colorful objects in perpetual motion, all inspired by the lyric in the song “The sun on my wrist, on my wrist, it’s never felt like this”.

Following a stretch around the US at the end of last year, IAN SWEET kicks off 2019 with a tour across the UK and Europe. Jilian is also set to return to the Europe in April for a run of solo shows supporting Frankie Cosmos. Tickets are available now via iansweetmusic.com. For a full list of upcoming performances, head to our tour page.

Of the song, Jilian says “‘Holographic Jesus” is a song based around collecting holographic Jesus posters from various bodegas and dollar stores while living in Brooklyn. I am in no way religious but I hung them up all over my room and was constantly finding the nuances and idiosyncrasies of each one. You could turn your head the slightest and see an entirely different image reflected. I felt connected to that idea. Some people collect ceramic frogs or action figures but I collect holographic Jesus posters. This song is about the things I went through in that room while these posters were so to speak ‘watching over me.’”

Seattle trio Dude York have returned with the new full-length Falling, their tribute to adolescent romance and the pop-punk that clogged up FM radio wavelengths of yesteryear. To celebrate the announcement, the band has shared a new animated music video for the album’s impossibly catchy title track. Falling will be out Friday, July 26th on LP, CD, Digital, and Cassette and is available for pre-order now from our Mini Mart. First-run LP copies come on frosting-colored vinyl. 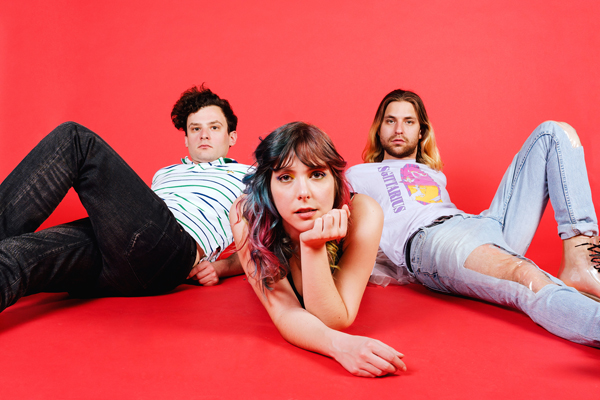 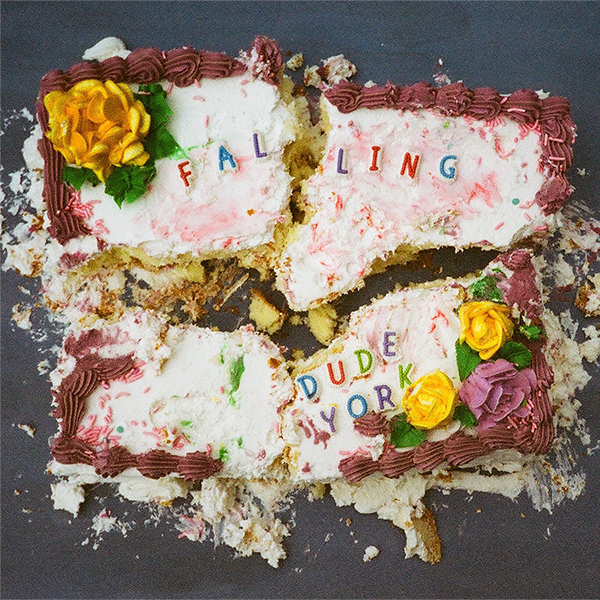 Perfect Version, the debut solo album  from Chastity Belt singer/guitarist Julia Shapiro, is out June 14th on LP/CD/Digital/Cassette. Today, we’re sharing the record’s third single “Shape” along with a new music video shot and edited by Julia herself, which incorporates footage from her recent Australian tour. Additionally, Julia has announced a couple of July East Coast tour dates. Click here for a full list of upcoming performances. Pre-orders are available now.

On May 3rd, 2019, Seattle group Versing will release their Hardly Art full-length debut 10000, an album that fuses lustrous noise and ebullient melody. The band’s first offering, “Tethered,” is a low-key, Daydream Nation-esque anthem with plenty of dissonance and surging, distorted guitars, plus rhythms that drive piles. Frontman Daniel Salas explains that it’s “about how people are tied together,” figuratively. “It’s a reminder of the interconnected-ness of humans, to people who make excuses for not doing the right thing” for the greater good of humanity.

10000 will be available on LP/CD/Cassette and Digitally. You can pre-order the record today from our Mini Mart or right here.

Hardly Art is pleased to announce the signing of LA quartet Girl Friday, whose Fashion Conman EP is due out Friday, June 28th.  You can watch the music video for their new single “Decoration/Currency” today via Brooklyn Vegan. In July, Girl Friday hit the road with New Zealand band The Beths for a North American tour. Click here for a full list of upcoming performances.