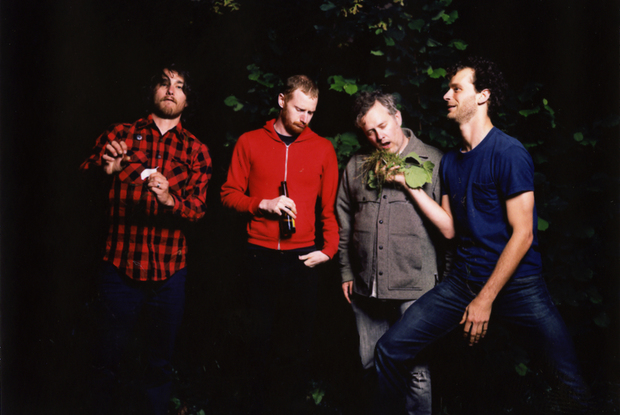 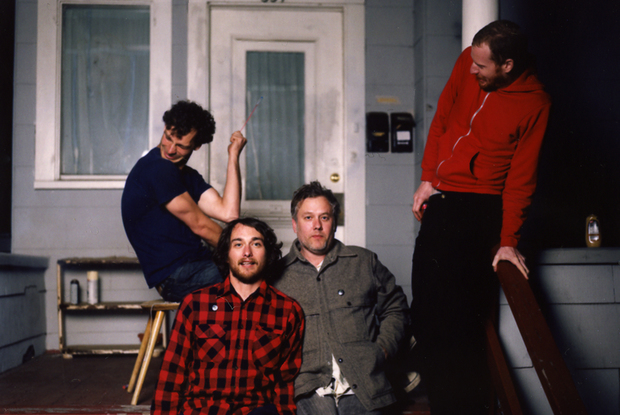 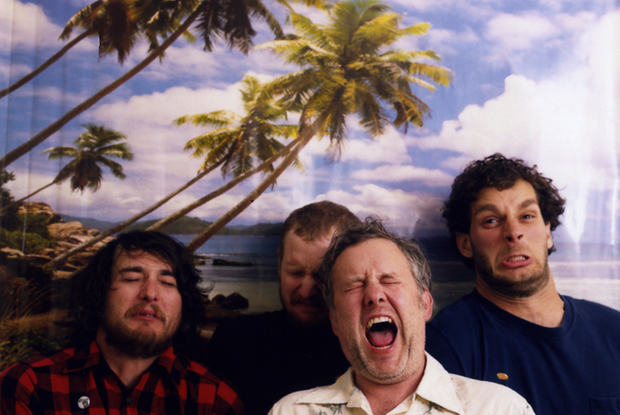 How can I convey the Unwritten (but obvious) Misson Statement of Seattle, WA group UNNATURAL HELPERS? What could I say? Do I posit the solidification of the finest electric-stringed instrument slingers yet to grace this outfit as a prescient and deliberate act of creative maturity? Or how, for the first time, three songs on the  new LP, Land Grab,  were struck up not by founding member Dean Whitmore, but by others in the band? I could go on some “braggerty” (not a word – ed.) spiel and say that UNNATURAL HELPERS are like the choicest aromas of Those Rolling Beetles and Def Zepplin combined? By the people, for the people?! Mayhaps that’s the angle! Salt of the Earth! UNNATURAL HELPERS are a-ok! Like you and me! Sure, they churn out hit songs like allergic sneezes, but they also are culled from the ditches of modern society, stolen from the ranks of the working class yahoos to sweat out their desperation onstage as your hired sleazehands. But they are not hired – nay, sir!

SONG A SIDE UNO, Whitmore pleads for “Medication” over a restrained riff and shaker-heavy groove. Later on, the lamentations of infinite earthly “Toil” ring plaintively through the wailing solo of a Flower Child with his red braids in the clouds, just trying to FEEL something… anything. “Hate Your Teachers” is the rager of the record and states that even if you love your teachers you have a duty to… well, you know. Pop hit “Waiting Girl” features almost harmonious vox by all four members. Listen to their crooning! Crooning? SIDE TOO SONG LAST closer, “Julie Jewel”, is a real beat up / up beat number that continues the unrepentant shuffle towards annihilation with the implementation of horns, double drums and cool-breeze gang vocals that signal oblivion is the inevitable conclusion. To it all. Whew!

Clearly, these songs, and this group of denizens celebrate thee, shall we say, darker places in the animal psyche. You know, the inexorable march forward of/toward Pain, Doubt, Fear, Hate, Anger, Guilt, Regret, ad nauseum. Silly things like that. THESE ARE DESPERATE MEN. Ahem. These folks aren’t just normal (natural), they’re worse! God Almighty, they’re a wreck! THAT’S IT! I can see it now – UNNATURAL HELPERS’ Land Grab from Hardly Art Records: Help These Boys OUT! THEY SURE DO NEED IT. That might be your best bet. Or, really, your only hope. 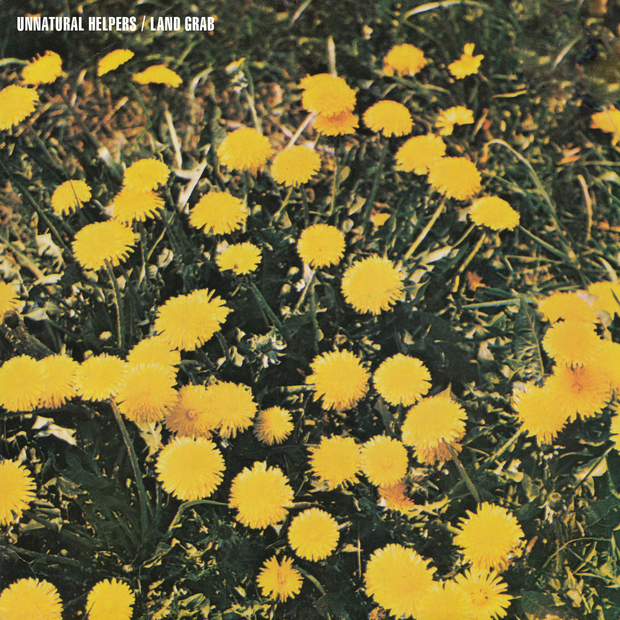 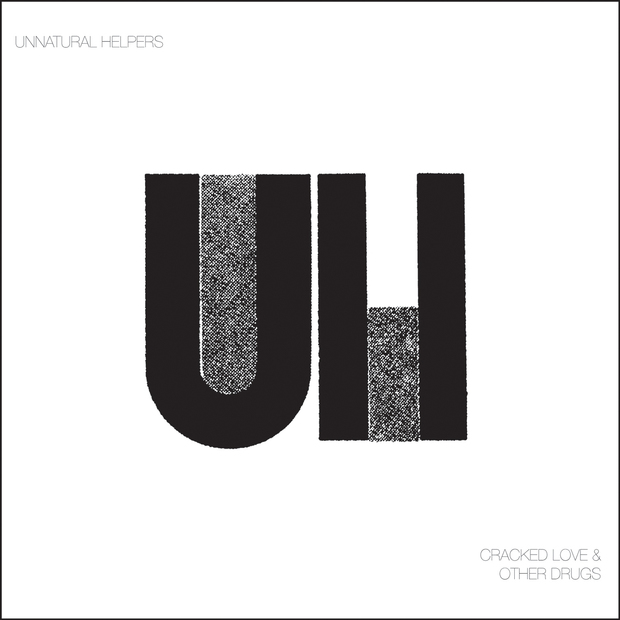 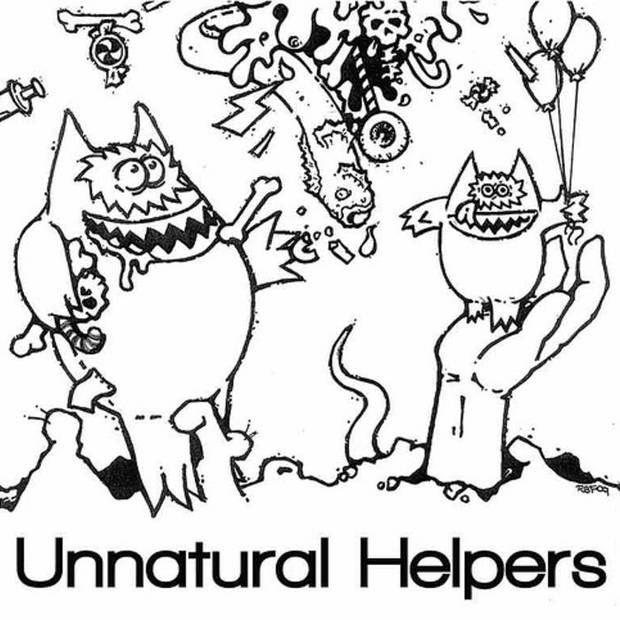 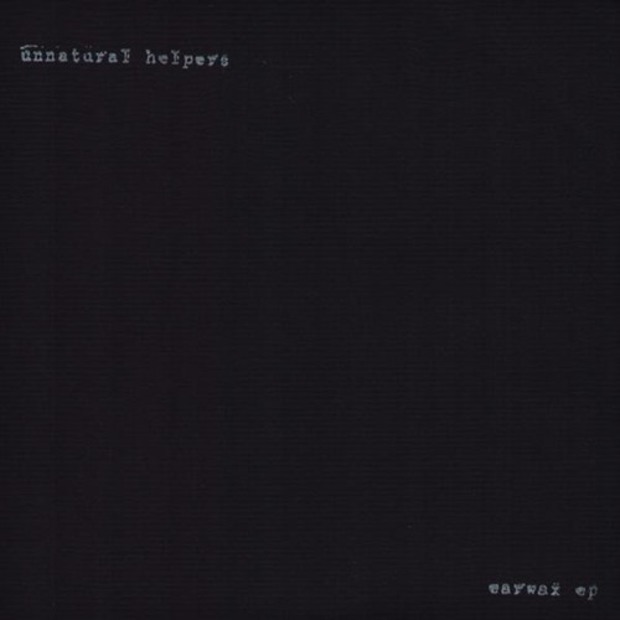 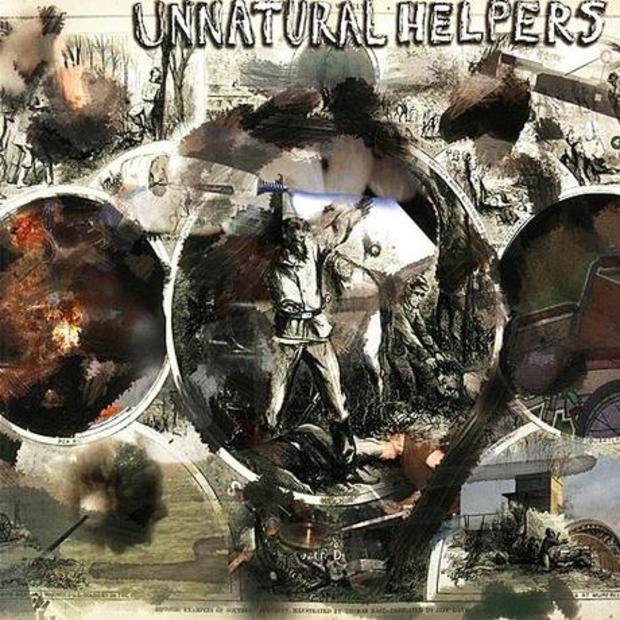