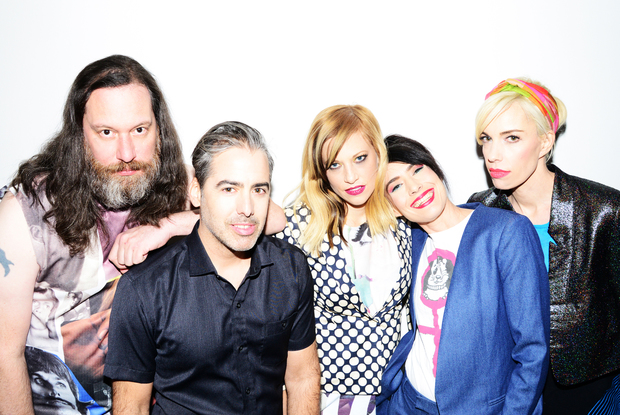 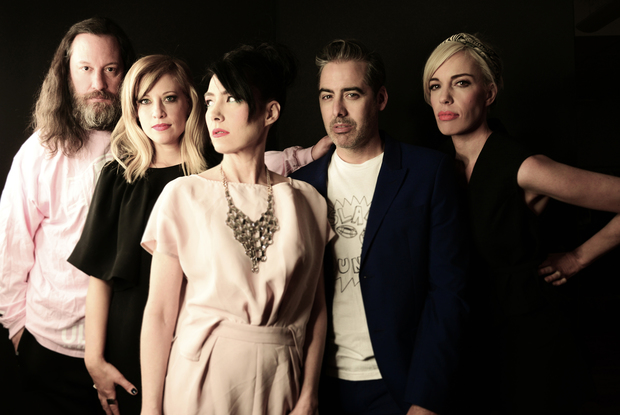 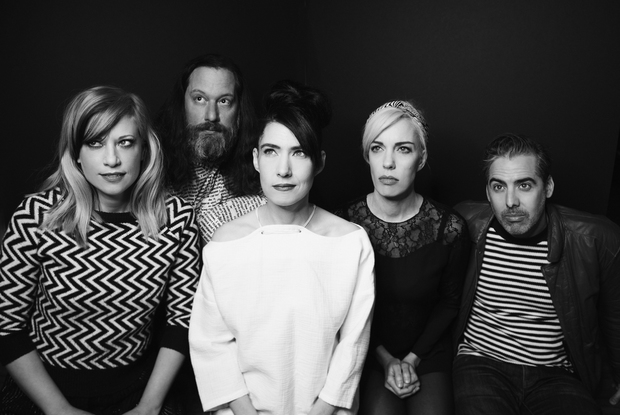 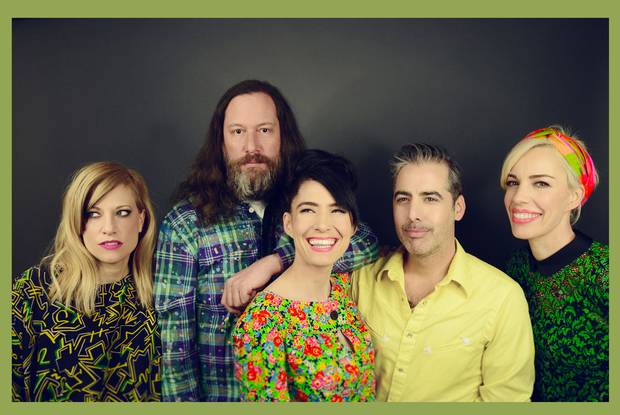 Kathleen Hanna stealthily assembled the members of The Julie Ruin without any of them realizing exactly what was happening. It all began in late 2009. Kathleen had not released an album since Le Tigre’s This Island (2004), and she was ready to jump back into music again. She knew her onetime Bikini Kill bandmate Kathi Wilcox was going to be moving to New York in the near future, so she didn’t even bother with finding a bass player at first. Carmine Covelli, who had toured with Le Tigre as their video guru, was having a blast at Kathleen’s birthday party when she abruptly asked him to be the drummer. A longtime admirer of Kathleen’s work, Carmine couldn’t say no to her at her own party, so of course he joined the band. Sara Landeau and Kathleen both taught at Girls Rock Camp and Kathleen lured her into the band by trading Pro Tools lessons for guitar lessons. Sara’s surf-informed style gelled perfectly with Kathleen’s sonic vision for her new band. Kathleen approached Kenny Mellman last with the idea that they should write country songs together to sell to other artists.  Within a week of their first meeting, Kathleen’s mysterious “manager” (whom Kenny maintains does not exist) told her that they would never break into the Nashville songwriting scene, so Kenny might as well join her new band on keyboards. Done.

The four of them first got together on January 13th, 2010, in a practice room in Manhattan and learned to play songs from Kathleen’s other projects: Bikini Kill, Le Tigre, and the first solo Julie Ruin record from 1997. This new iteration of The Julie Ruin practiced when they could until Kathi finally moved to New York, at which point they began to write the songs that eventually became their first album, 2013’s self-released Run Fast.  Some songs would germinate from loops band members had made at home, which the group would then expand into fleshed-out compositions. Other songs were born from just playing around in the studio.  Before long, they were using words like “pre-chorus” and “outro.” Since Kathleen mostly sang nonsense words at practice–and it was hard to hear over the loud instruments in the space anyway–it was always exciting, if not scary, for the band to finally get the lyric sheet. Who knew that peppy song was about euthanasia? “Wait, this one is also about euthanasia?”

Over the next couple of years they toured the world, accompanied at times by a couple of creepy puppets found in a Mormon thrift-store in Portland, Oregon. Though they hadn’t played a live show together before the release of Run Fast, the band came out swinging and thrived on stage, as evidenced by the rapturous reviews of their performances.

In late 2014 they began work on their second album, Hit Reset, due out July 8th on Hardly Art Records. Mixed by Eli Crews (with whom the band worked on Run Fast), Hit Reset expands on the band’s established sound: dancier in spots and moodier in others, with girl group backing vocals and even a touching ballad closer. Hit Reset is the sound of a band who have found their sweet spot. Hanna’s vocals are empowered and her lyrics are as pointed and poignant as ever. From the chilling first lines of “Hit Reset” (“Deer hooves hanging on the wall, shell casings in the closet hall”) to the touching lines of “Calverton” (“Without you I might be numb, hiding in my apartment from everyone / Without you I’d take the fifth, or be on my death bed still full of wishes”), Hanna takes a leap into the personal not seen completely on the first album or possibly even in the rest of her work.

“I was way more honest lyrically on this record because we’d been on the road together and I felt more confident taking risks in front of my bandmates,” she says. “I’ve written about my personal bouts with illness, abuse, sexism and how hard it is for me to walk away from people even when they are toxic Tasmanian Devils before, but not in this way. Some songs were so close to me I had to stop singing in practice and while recording because I was crying. It’s rare to work with a group of people you feel okay doing that with.”

“But there was laughter too,” Hanna adds. “We wrote this song called ‘Mr So and So’ where I sing from the perspective of a dude who ‘loves girl bands’ but is actually kind of a jerk. I’ve come in contact with this special ‘doing feminism in a really un-feminist way’ person a ton over my career and it felt good to crack jokes about it. I think my favorite moment of recording was the day I walked into Figure 8 Studio and found a woman who was working on the record laughing her ass off on the couch while Eli was playing her the track for the first time. It made me so happy to hear her laughing about something that can be so painful.” 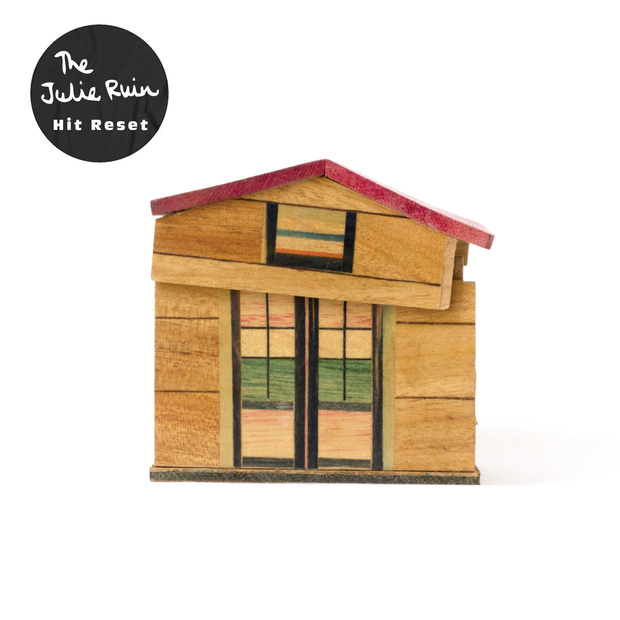