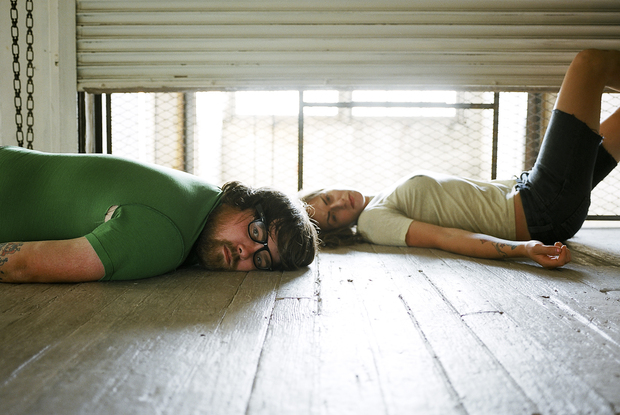 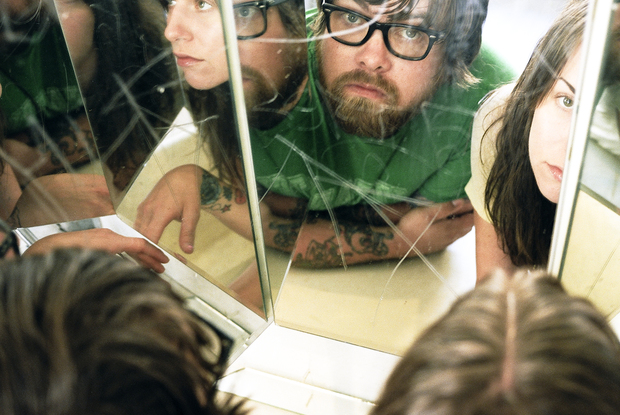 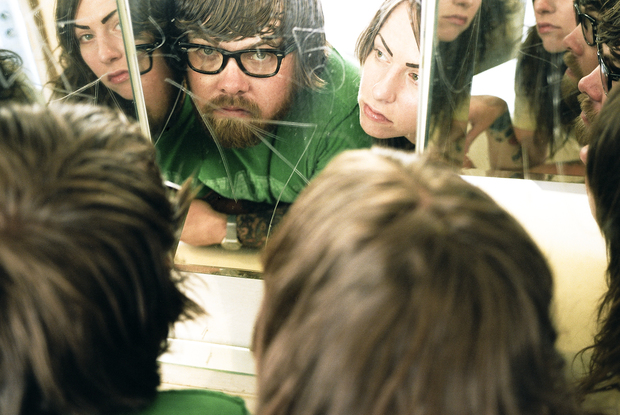 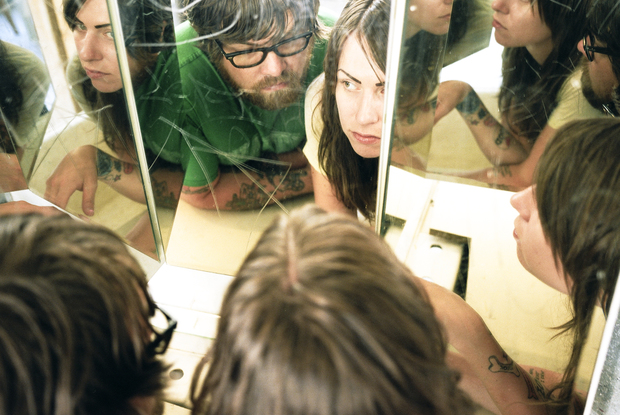 Dutchess and the Duke leader Jesse Lortz is discussing the genesis and execution of his band’s sophomore record, Sunset / Sunrise, a slump-dodging opus that takes the dark, raw beauty of the band’s debut and scales it up to distinctly luminescent heights, thanks to a graceful synthesis of painfully earned creative maturity and thoughtful production under Ashley’s adroitly tuned ears. The Gris Gris frontman’s analog-equipped, Bay Area studio was the ideal space for Lortz and fellow vocalist and guitarist Kimberly Morrison to arch their intimate musical dialog into the larger shape they had envisioned. Much of what colors Sunset / Sunrise’s ten tracks is the confidence the duo acquired during extensive touring throughout 2008 in support of their debut, She’s the Dutchess, He’s the Duke.

“We’d both been in bands and toured a bunch and sang a bunch, but we’d never had to do it so nakedly or honestly,” explains Morrison. Such emotional vulnerability only became more challenging when they had to learn how to deliver it on the road. “We did this whole tour where our percussionist couldn’t come with us,” continues Lortz. “We just figured we’d save money and get some acoustic guitars and just rent a little car.”

Unfamiliar at the time with the necessity of pickups to properly mic their guitars, they had to shift their approach to performing on the fly. “At the first club we went to, our guitars fed back to badly that we just sat on the floor to play and then did 30 shows like that,” says Lortz. “It was great because we didn’t have to worry about sound check or what our mics sounded like,” Morrison laughs. “Sometimes we’d lay down. Sometimes we’d walk around and sing really loud in peoples’ faces if they were talking too loud.” An extensive tour with the Fleet Foxes further refined their performances, and by the time the duo connected with Ashley in late March of 2009, Lortz’s vision of where he wanted the next album to go was lucid and his focus even sharper with the news that his first child was on its way.

Though minor chords and romantically morose lyrical yarns about misplaced affections and spiritual inertia remain touchstones, there’s a refreshing undercurrent of optimistic light running through songs like “The River” and “New Shadow,” a bewildered and beautiful reflection on Lortz’s impending parenthood. The presence of Lortz’s innate grasp of classic ‘60s pop structures is still audible, but so is growth beyond an obvious affection for early Rolling Stones, with songs like “Let It Die” pulsing with a sly warmth and subtle twang all their own. Morrison also comes more sharply into the foreground, particularly on the (nearly) title track, when Lortz relegates himself to mournful howls behind her distinct and dramatic alto.

His partner’s increased presence notwithstanding, it’s still Lortz’s baby, figuratively and literally. Morrison likens it to a rebirth – “On the last record he was so miserable, and now he’s got a kid coming and is trying to figure out what kind of person he’s gonna be and wants to be for his kid. It’s definitely more hopeful than the last record.” 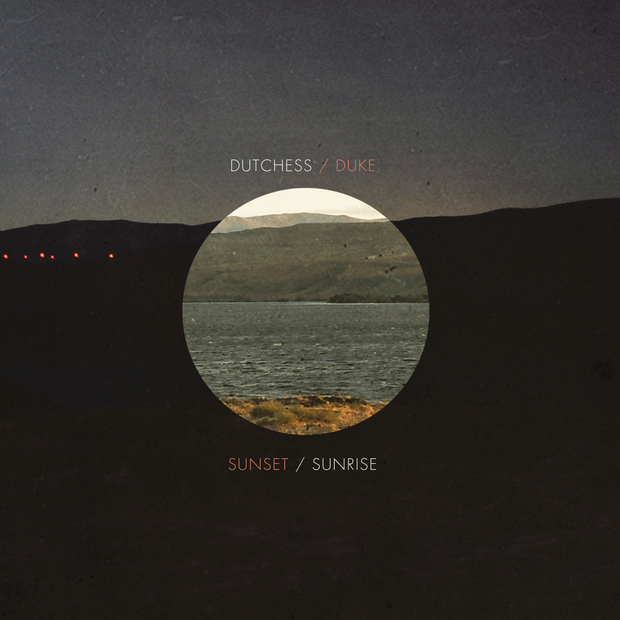 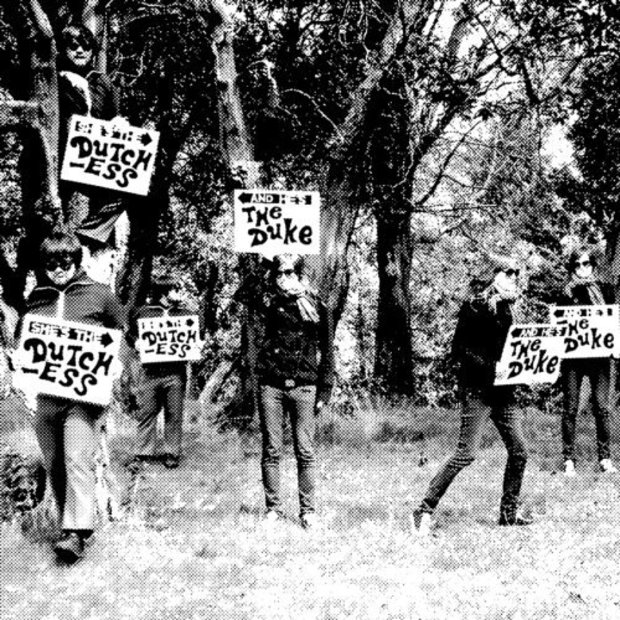