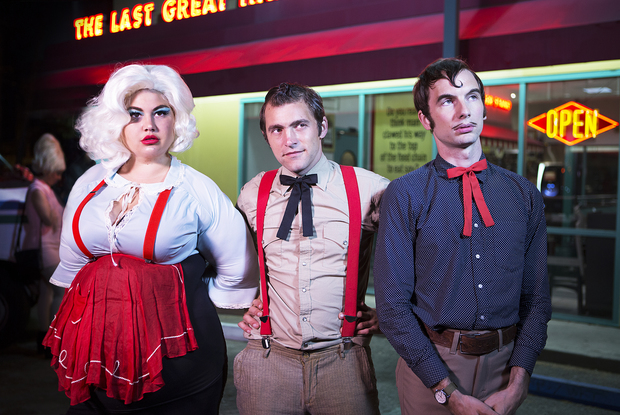 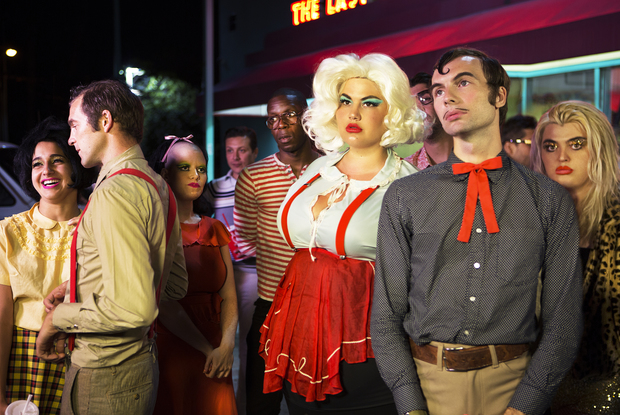 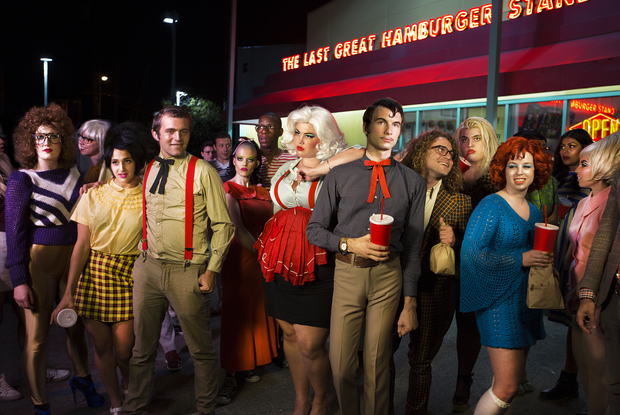 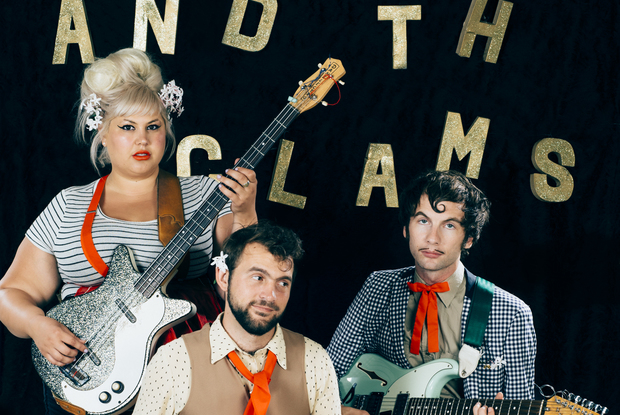 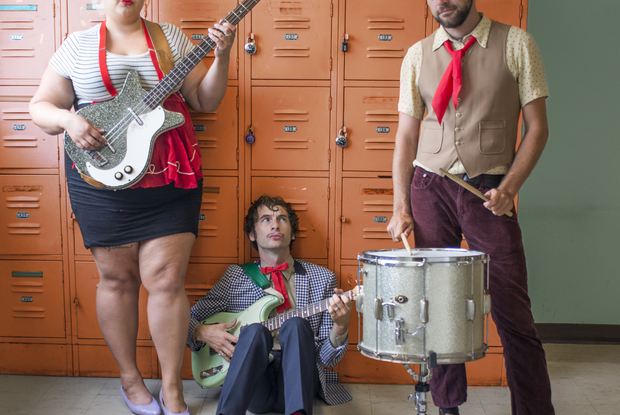 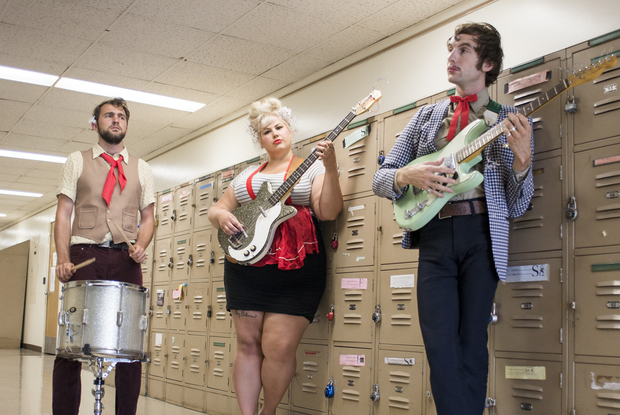 The American West. America’s America. It was here in three very different worlds that Shannon and the Clams were spawned. From the dark redwood forests of Oregon emerged Cody Blanchard: singer and guitarist. The dusty walnut orchards and vineyards of northern California gave us Shannon Shaw: singer and bassist. Out of the lonely dunes of California’s central coast shambled Nate Mayhem: drummer and keys. These three talented visual artists were drawn separately to Oakland, California and it was there that the Clams began playing house parties and grimy clubs.

The band was forged in the anachronistic remote communities of the west, in some strange mixture of computer show and country fair; their music is some odd alloy of The Last Picture Show and The Decline of Western Civilization. The pioneer spirit of western life is all over this band: pushing into the unknown, blazing their own trail, creating their own destiny, with the accompanying canyon-esque loneliness and untamed joy only truly known by those with the courage to pull up stakes and head off into the big empty sunset.

Gone by the Dawn, the newest Shannon and the Clams album, is their best work to date. The music is complex, the lyrical content is emotionally raw and honest, and the production is the strangest it’s ever been. The album was written as one member was recovering from a serious breakup and another was deep in one. The lyrics reflect it, and the entire album is dripping with sadness, pain, and introspection. Shannon and Cody have not written generic songs about love or the lack of it. Instead they have written about their very own specific heartbreak, mistreatment, and mental trials. The emotion is palpable. On Gone by the Dawn the Clams have DARED TO BE REAL. They’ve exposed their true emotions, which is what’s most moving about the album. People are scared to be so real. Society does not encourage it. Folks remain guarded to protect themselves from being mocked, punished, and becoming outcast . The Clams have opted to forgo the potential tongue-clucking finger-waggers, and have instead had the artistic courage and audacity to splay their pain and struggles out for all to hear. We are lucky to hear them get so damn real.

For Gone by the Dawn, the Oakland trio hooked up with studio wizard and renaissance man Sonny Smith to record the album at Tiny Telephone Recording in San Francisco. Best known as the driving force behind San Francisco’s beloved Sonny and the Sunsets, Smith uses his refreshing production techniques to create an engaging sonic landscape without compromising the Clams’ signature Lou Christie-meets-The Circle Jerks sound. The Clams have evolved: their skills are sharper, their chops are tighter and weirder and they’ve added new instruments to to the mix. A whole new dimension of the Clams has emerged.

In the West everything is big. The mountains are towering, the rivers broad, the deserts vast, the canyons deep, and the emotions huge. The Clams have painted themselves into a massive landscape of sound and desolation. Gone by the Dawn is monumental; immense, magnificent, and unforgettable. Shannon and the Clams have pioneered their way into a lonesome land where the past still lives in the long shadows of a hot afternoon, where whispering spirits follow high along canyon walls, and if you sink your fingers into the dusty hard-packed earth you pull out hands smeared with blood. 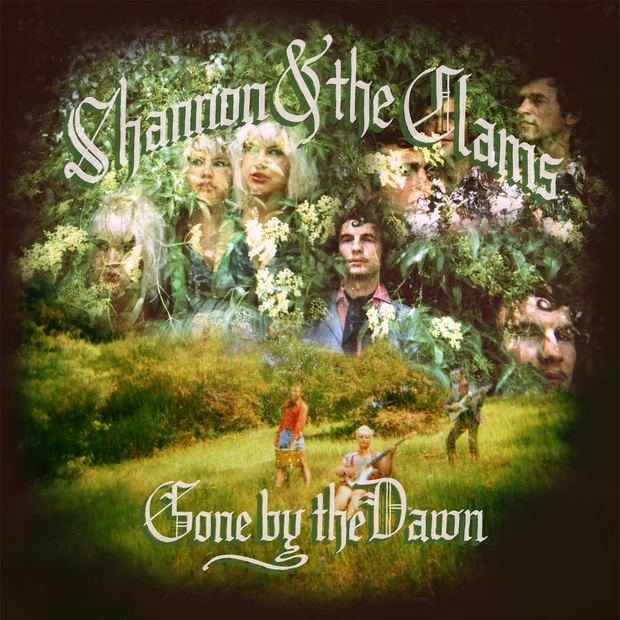 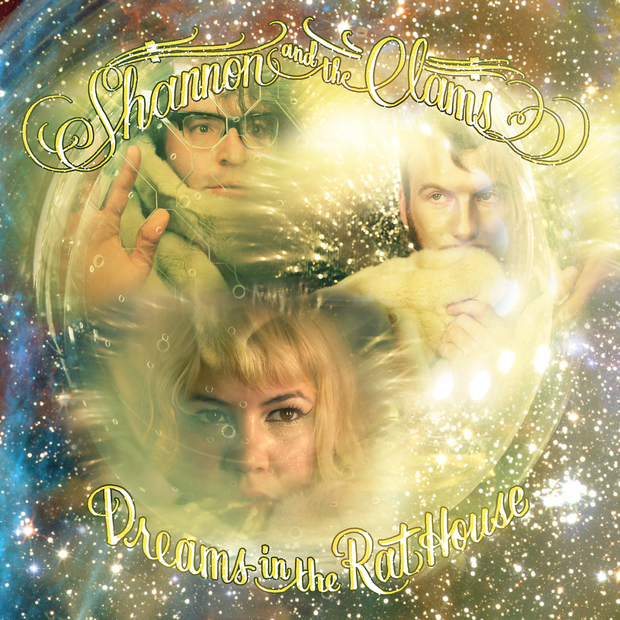 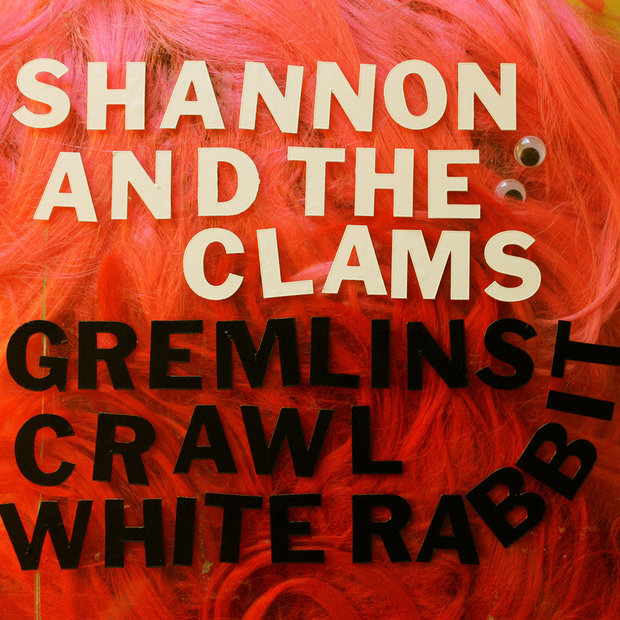