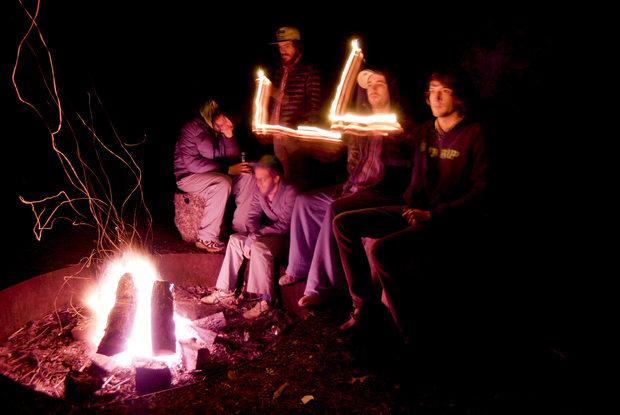 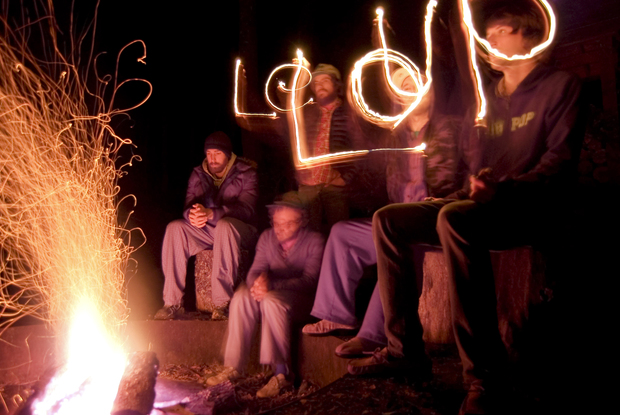 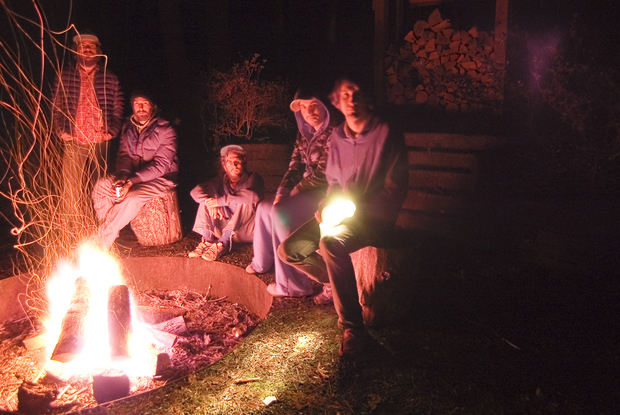 At the core of every contented family is a sense of balance, an emotional push-and-pull that helps stabilize the entire unit. A similar equilibrium anchors Le Loup’s second album, Family. Recorded in a remote cabin and a Maryland basement, the record finds the middle ground between tribal rock, freak folk, and sonic experimentation.

Like most families, Le Loup has grown since its inception. What began as the bedroom project of Sam Simkoff is now a full-sized band, with all five members contributing vocals and songwriting credits. The band’s music – originally a blend of keyboard loops, banjo, and computer wizardry – has grown as well, encompassing everything from shape note harmonies to polyphonic percussion.

Simkoff and band-mate Christian Ervin produced Family themselves, having previously worked together on the band’s debut, The Throne of the Third Heaven of the Nations’ Millennium General Assembly. Unlike that first album, Family doesn’t rely on synthesizers or electronic support. Instead, the musicians took a more elemental approach, capturing the organic sounds of their instruments before treating them with various effects.

“Christian and I would chop up all of those organic sounds and re-process them as samples through a computer,” Simkoff explains. “Then we would either add heavy effects or just throw them back together in different ways, which helped us get a very inorganic, synthesized sound from natural instruments.” Certain melodic themes were added to multiple songs, linking the album together with their recurring motifs.

After months of recording sessions in drummer Robby Sahm’s basement, the band traveled to North Carolina, where they settled into a cabin and removed themselves from the distractions of everyday life. There was no internet, no TV, and little communication with the outside world. Using that isolation to their advantage, five songs were recorded in two weeks, effectively finishing the record.

Sophomore albums are tricky things to create, but Family is a different beast altogether. It’s an expansion of Le Loup’s sound, an introduction to the completed lineup, and – above all else – a showcase for Le Loup’s strength as a live band. The insular tone that Simkoff brought to The Throne… is gone, having been replaced by a collective mentality fueled by the band’s touring history.

“One of the best parts about playing live is the primal experience,” he enthuses. “That feeling you get when a bunch of people are throwing a lot of energy into something, just bouncing around onstage. That was something I hadn’t considered when writing the first songs. Going into this album, we wanted to transfer some of that live energy onto the CD. We still used some studio trickery, but most of the songs have a strong basis in us playing live together. They’re based on that joy we took from the live show.”

The result is an album of experimental rock songs and campfire sing-alongs, set amidst swirling textures and murky production. Le Loup is still a young family, of course, but Family is nothing short of a musical coming-of-age, and adulthood never sounded so promising. 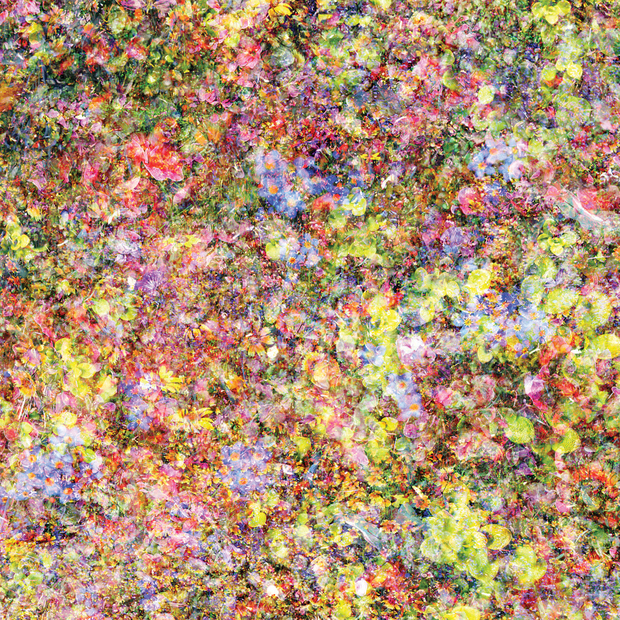 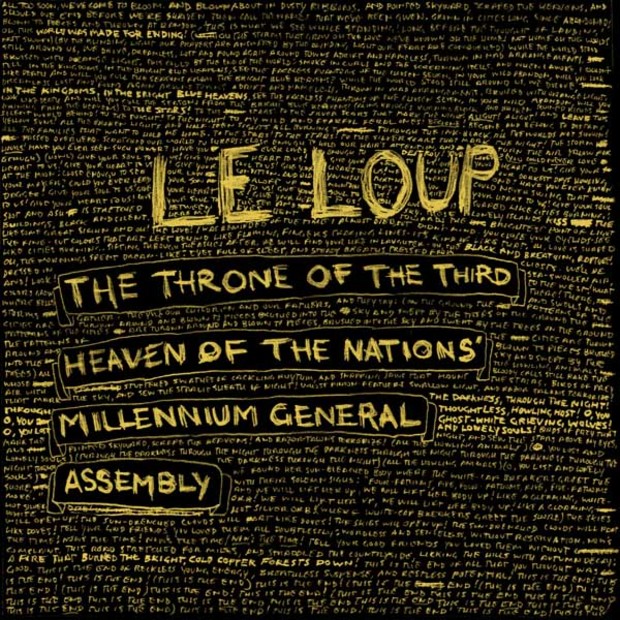 The Throne of the Third Heaven of the Nations’ Millennium General Assembly September 11, 2007
Buy now
View all stuff for sale