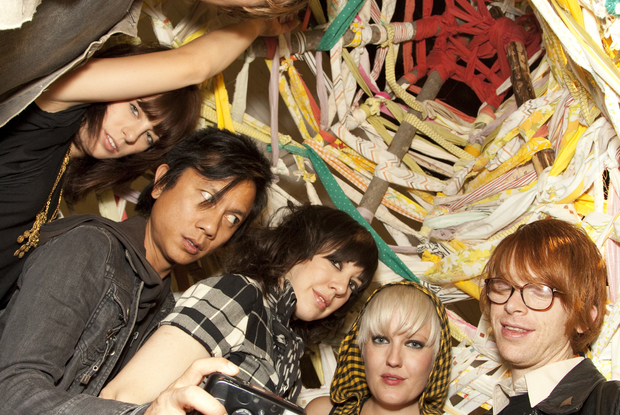 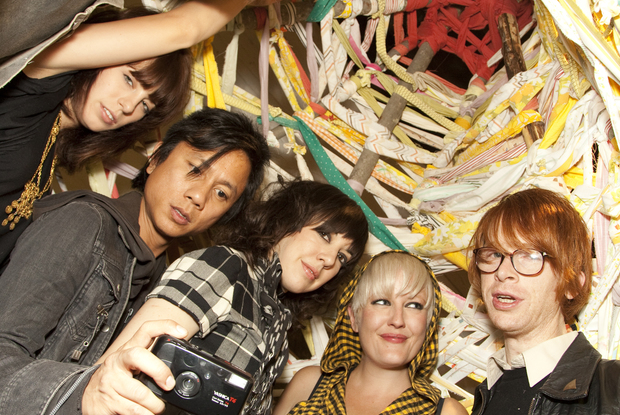 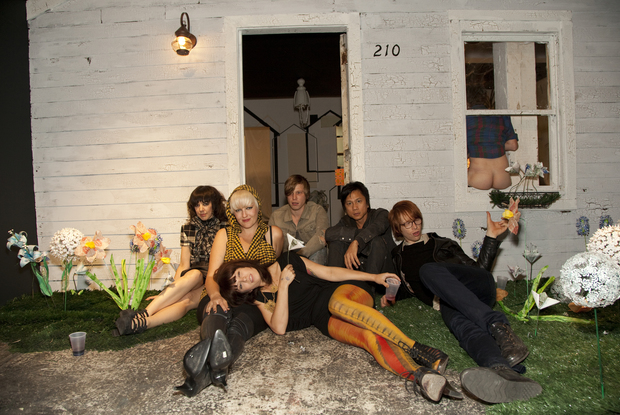 Brooklyn’s greatest natural resources are rats, crime and dirt. Out of this ugly and overpriced ex-industrial vermin ranch has risen a band that are so loud and full of life that they not only make it bearable but they almost make the squalor seem charming and full of possibility. You go to a Golden Triangle show and it’s like being welcomed into a clubhouse full of drunken carousing; good feeling permeates what was before merely a room with booze and a stage.

Golden Triangle is a band of three girls and three boys who play music that’s loud, spooky, and will make you aroused and ambitious when you experience it live. I guess they’re psychedelic or garage or something. Maybe post punks? They have two singing ladies who sound like soulful ghosts. In general the music is like being in a fun haunted house and the ghosts are cool but you never totally relax because, I mean, they’re supernatural beings.

Their previous three EPs and cassette are all sold out and gone. Their forthcoming debut full length, Double Jointer, is what is happening now. Recorded over a two week period at Key Club Recording Company with producer Chris Coady (Yeah Yeah Yeahs, Beach House, Blonde Redhead), Double Jointer has the speed and catchiness of the current garage / weird-punk / lo-fi shit with some profoundly goth under-currents and some no-wave guitar over-currents. The instruments have that good/bad blown out quality and the spectral lady singers are commanding and demanding, all knowing entities. Lead-off track “Cinco de Mayo” starts out with some slow, strummy surf-guitarmanship and gets faster and faster until the dam bursts and in come the siren vocals which sound like the band is howling derisive laughter at you. This is just the beginning, and the feverish tambourine crash-fest continues unabated until the aural house appropriately burns down with a slithering guitar line on epic album closer “Arson Wells.”

There’s no point in beating you over the head with stale rock journalist-lingo, spouting corny statements about how “if this one band and this other band got in a fight and they liquefied each other and you fed the goo to preschoolers, they would grow up to be Golden Triangle.” Golden Triangle are buddies with Black Lips, King Khan and Quintron and play with them a bunch. If you like those bands, you could easily like this band too. King Khan went

so far as to say that Golden Triangle are the only band he wants to tour with because they’re like a mobile carnival freak show. That’s the strongest testimonial I ever heard.

That said, Golden Triangle consists of:

OJ, the sad clown prince of the group. His smile twinkles and his gold teeth twankle. Also, he plays guitar. Vashti is one of the two lady singers. Vashti wears complicated jewelry which flies off her when she dances. Carly is the other singer. One time I dreamed that we were both robots and in an act of robot unity she hired me to work at the resort that she managed. I don’t know Carly that well in real life. Cameron is a beautiful man who hangs back and makes elaborate collages; earnest as the day is long. Plays guitar too. Alix is the bassist and she used to be in Angry Angles with Jay Reatard. A friend of mine who went to high school with her said she was totally cyber-goth back then. Jay plays drums and is a chef of the highest order. His bread pudding is great. I am getting paid to write this bio with a bucket of the stuff. 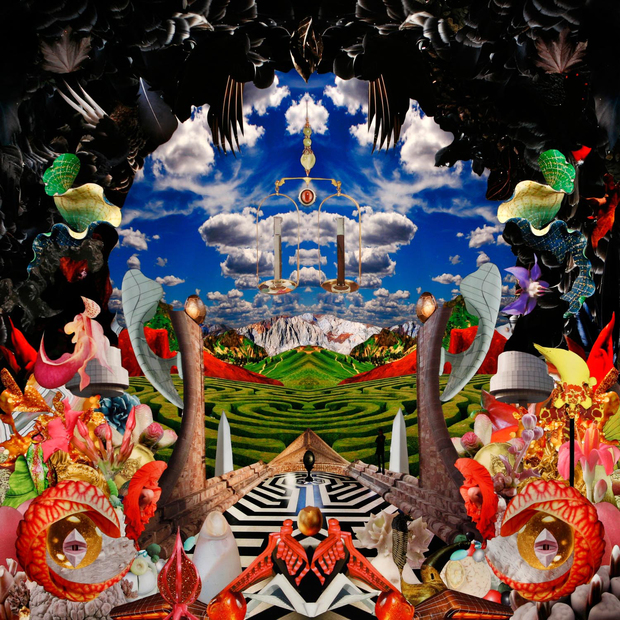