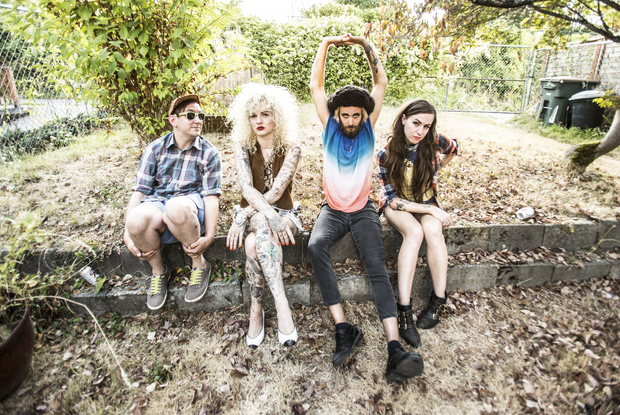 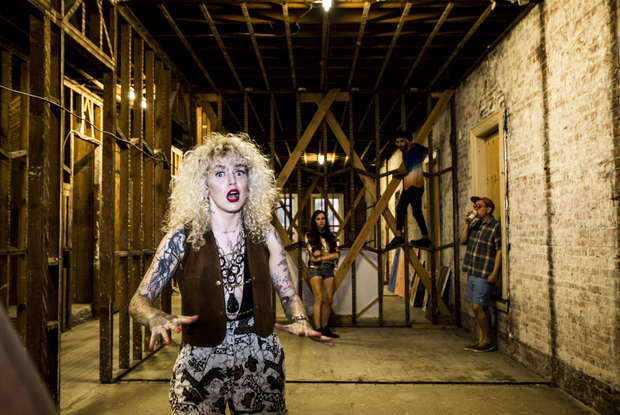 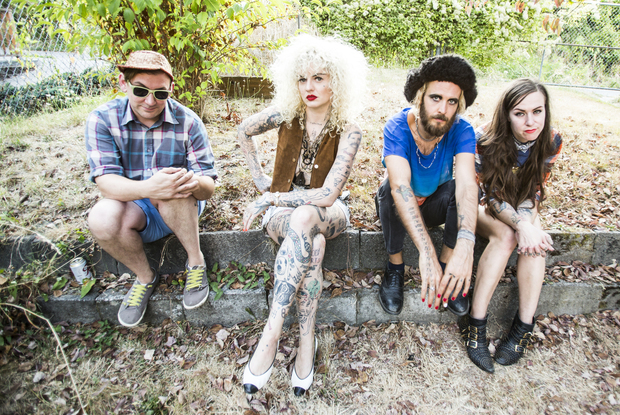 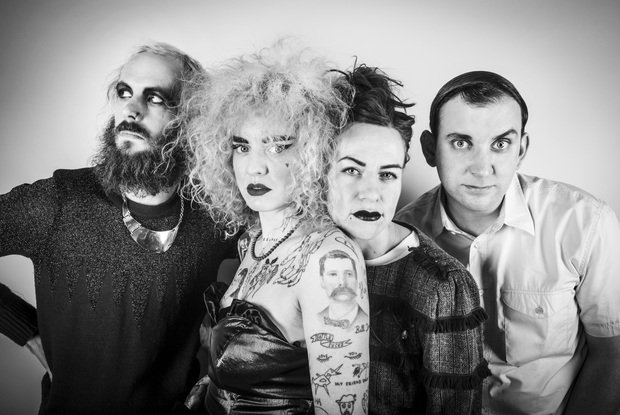 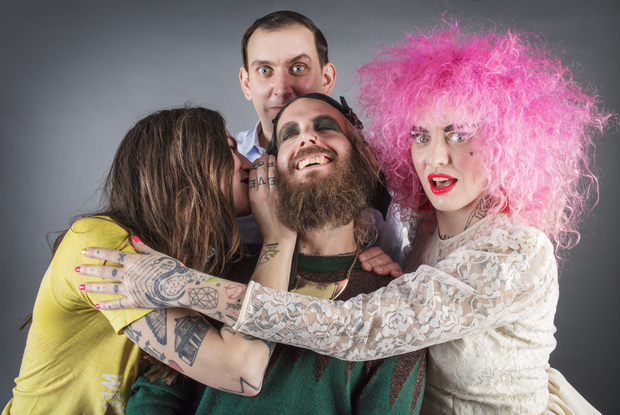 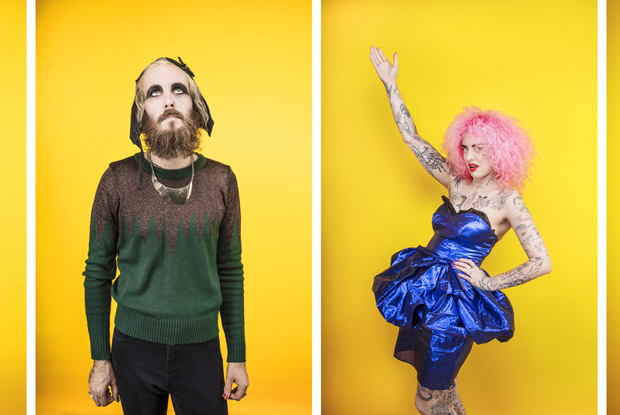 Gazebos is motorized by the songwriting collaboration between singer Shannon Perry and guitarist TV Coahran, but in a reversal of the familiar cliché, their distinctive talents don’t coalesce into anything as cozy as a singular vision. Rather, they explode into a multiverse of sounds, styles, and sensibilities that make the band’s repertoire into a barrage of musical diversity whose focal point is Perry’s dazzlingly inventive verbal and melodic high-wire act—were she to fall, she’d land somewhere between Nina Hagen, David Byrne, and, hell, I don’t know, Rihanna?

No two Gazebos songs sound quite the same, but neither could a single one be created by anyone but Gazebos. Try doing an A/B test on “Just Get High” and “Ere Specka,” or “Boys I Like” and “There Are Worse Things I Could Do” (surely the least ironic showtune recorded in the last decade), and you’ll hear it. Love songs about the impossibility of love? Drug songs that would make sense in week three of rehab? Nonsense syllables that sound like indispensable wisdom? Check, check, check. Perry’s got them all.

Or you could just go see them play live. The same profusion of unbridled, eccentric creativity that fuels Die Alone also makes every Gazebos show into an event that should only be missed in case of a dire emergency—and even then… the kind of freaky maelstrom that roils around Perry’s astonishing presence isn’t something that comes along every day.

“[Shannon Perry’s] voice is like its own strange percussion instrument, bouncing off at odd angles on the edges of the beat, switching between melody and spoken-word intervals.” – The Stranger

“Whereas so much rock ‘n’ roll focuses on the shame of life’s lowest moments, Gazebos let you know that hitting rock bottom isn’t so terrible.” – The Portland Mercury 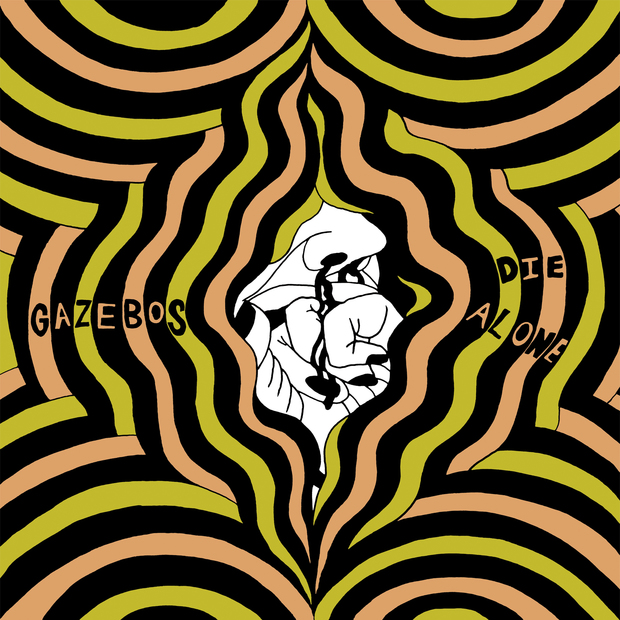