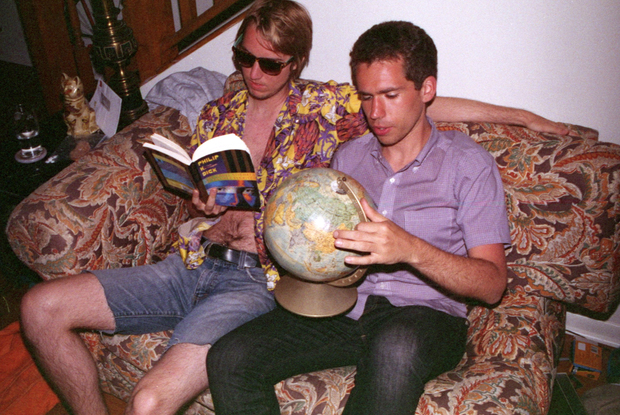 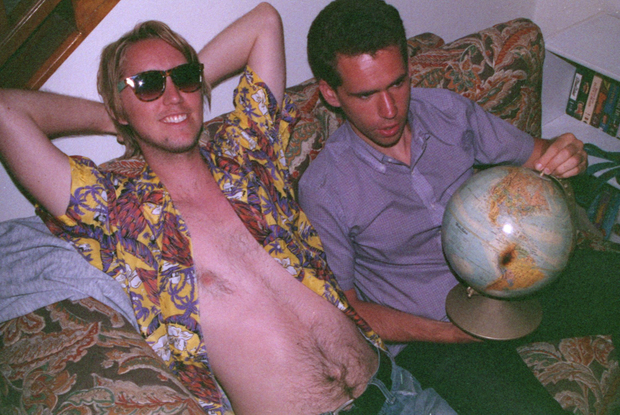 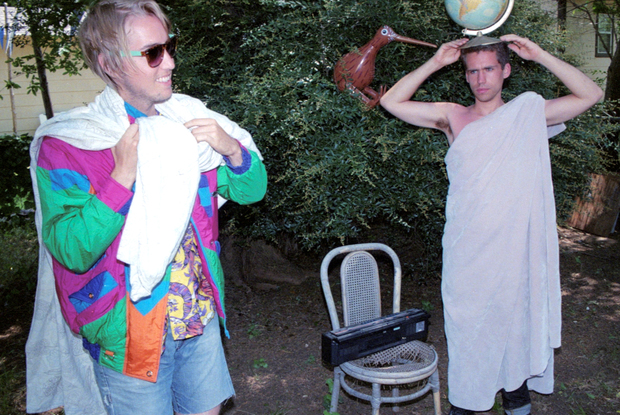 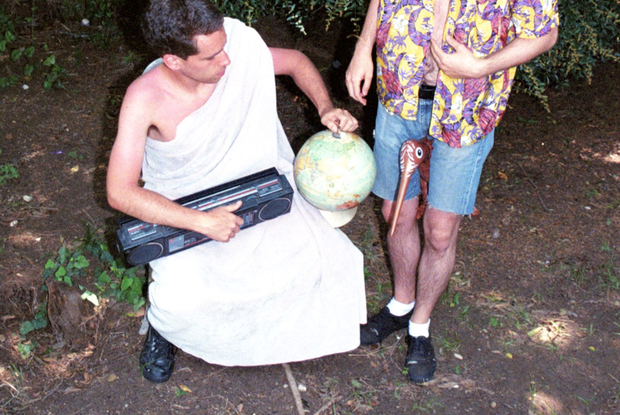 Fergus and Geronimo’s leap between their early R&B-influenced singles and their first wildly diverse record was so daring, many music writers and fans were forced to reconsider the pigeonhole to which they had already damned them. Happily damned them, since, after all, those early tracks went over exceptionally well.

But observers and admirers were also left doing something not many get to experience in this dime-a-dozen singles renaissance: scratching their heads concerning what this group would do next. After a first record that was such a departure, not only did they wonder, they actually cared. Do you know how hard it is to get the kids to care?

Founding member Andrew Savage is very conscious of the risks the band took, the changes that were made in order to avoid being marginalized. Says Savage: “Jason (Kelly) and I had no interests in becoming lost in the indie rock/garage rock milieu. The nature of those early singles was that they were instantaneously gratifying, and we both wanted to make a record that was ultimately gratifying, but not necessarily instantaneous.” But here I’ll have to disagree with Savage. It was both.

Now we have an idea of how far Fergus and Geronimo are continuing to take their gradually conceptual ambitions, in the form of their second full-length record, Funky Was The State of Affairs. Like some of history’s most well-regarded and oft-reissued acts, the group is doing exactly what they are compelled to do: making an album that actually plays like a cohesively complete statement.  “I feel like bands aren’t really making albums anymore.  By that I mean, a start to finish concept meant to be listened to in its entirety.  Labels are more interested in singles, which is in a tail-wags-dog sort of way.”

And yet the record is entirely unpredictable, even as it tackles reoccurring themes, which Savage says include, “aliens, technology, intergalactic dating/hooking up, the Roman Empire, and the earthling resistance movement.” At times the story seems filtered through the earthling point of view; in the next, extraterrestrials listen to phone-tapped conversations by some understandably paranoid humans.

Though at times it sounds like fairly serious subject matter, the group employs a sharp-tongued attack with the same sort of gallows humor cracked wise by the likes of their equally Doubting Thomas inspirational figures, everyone from the Mothers of Invention to Devo.

Within the first few minutes, the tone is set; the bright, spiky, opening track over a Krautrock rhythm, “No Parties,” contains a line summarizing the restlessness caused by the alienation of modern habits, sung in a mock-English accent: ”Collecting devices, you’re paying the prices/Of overconsumption, with mental destruction.”

“Basically, its a dystopian sound-scape of our civilization’s collapse,” says Savage. Indeed, those feelings of dread are sometimes instrumentally emphasized by passages of synthesizer static and noise, which Savage attributes to being influenced by groups like Chrome. New members Bob Jones (guitar, bass, analog synth) and Jef Brown (Tenor Sax) also add to the playful chaos. Savage says the original duo added members in order to achieve “the tightness that can only come from recording with a live core,” as “musicianship is extremely important to Jason and I…”

Since Brown and Jones both played in the self-explanatory Evolutionary Jass Band—which evolved out of the equally experimental Jackie-O Motherfucker—there is an expansion in the group’s improvisational capabilities that wasn’t as obvious on past recordings. Yet nothing sounds forced, each interlude is enjoyable, each hip-hop-inspired skit serves a narrative-pushing purpose.  The record bounces from Booker T-styled soul (“Wiretapping Muzak I and II”) to early 80s New York dance rock (“Marky Move”) with an immodest ease.

“Hi, I’m Heather Strange, and I’m a 23-year-old human earthling female” says a woman between the first and second track. “Really, I’m just looking for a  man whose cerebral capabilities haven’t been fried by LCD screens yet.” Most people reading this might be able to relate to Heather’s plight, or worse yet, sink under the weight of being the type of person she’s desperately seeking to avoid.  But such is the genius of Fergus and Geronimo. They have made all of these variously opposing forces; dark and light, alien and earthling, melody and noise, condemning and being condemned, something that you feel like listening to over and over again. If only to hear what happens next. 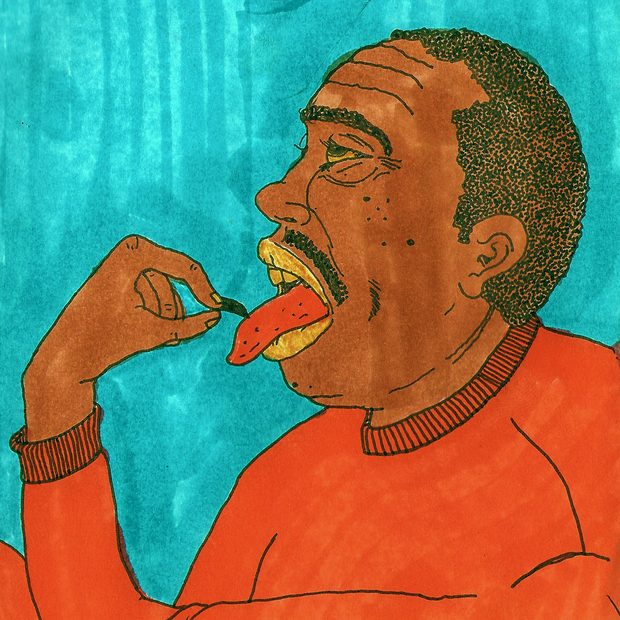 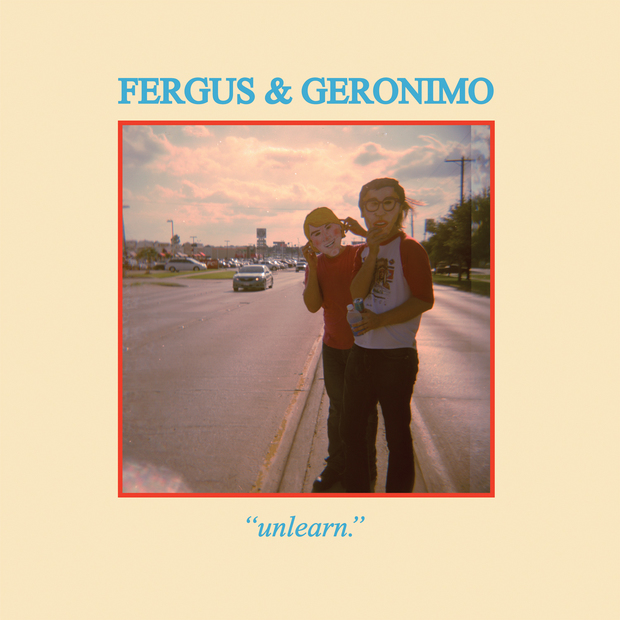 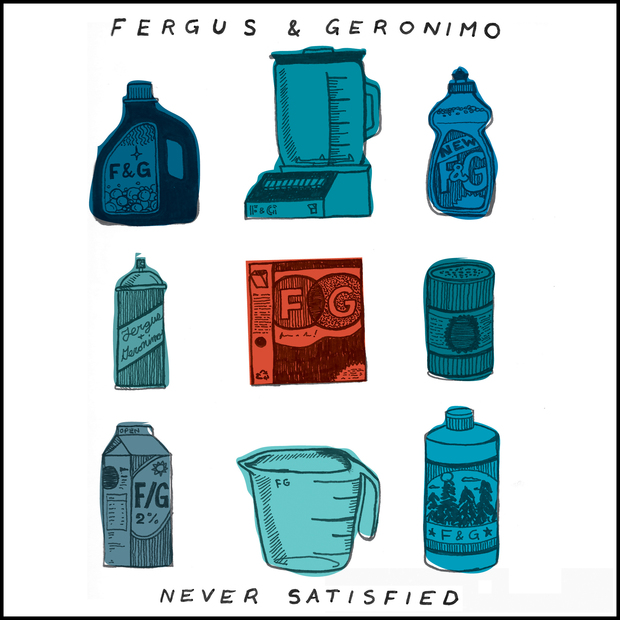