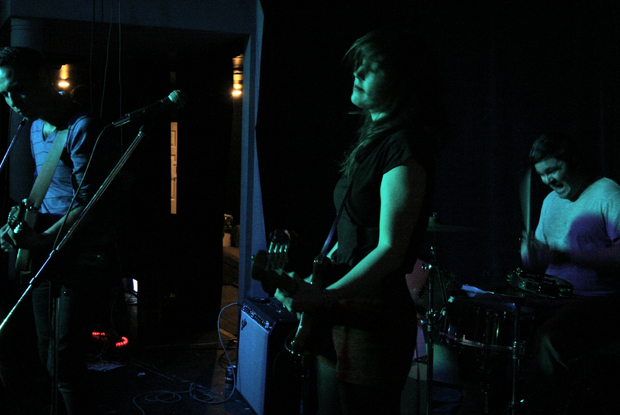 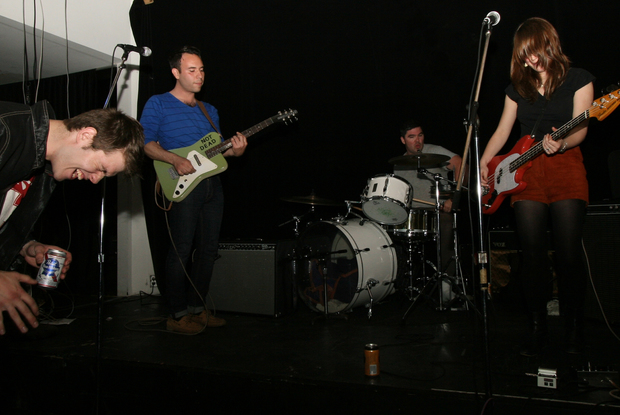 Dizzy Eyes are three fast friends, Marissa Johnson, Jordan Gervais, and Alejandro Constanzo, who decided to start a band over mutual admiration for each other and for fun, as most of the best bands do start. The band formed in Vancouver, Canada in the year 2010 and subsequently wrote a very taut set of rock and roll / guitar pop anthems, and in the eight months of the band’s existence played a handful of shows.

Those live shows were the stuff of legend and word spread fast to the executives, CFOs, VPs, and CTOs at Hardly Art. But before the band could make the album of our and their dreams, the band’s activity was cut short by Constanzo’s obligatory departure of the country when his application for his residence was withdrawn.

So via this 7”, we give you three artifacts of a band put on hold, for the time being.

The songs displayed on the band’s debut seven inch are perfect, sweet, noisy and sit at the tip of the ear in a “where have I heard these songs before?” sort of way and like all great songs, in that way, they fulfill their mission. Great pop songs should do this to the people.

“Let’s Break Up the Band” seems a fitting title, too, due to the circumstances, but be sure, this band is not done yet. “Ay!” and “Sugar Cain” are not really B-sides, but two more examples of the band flexing their mastering of 90s style noise pop. Let’s hope these guys get back together really soon. Can you tell me who this band reminds you of? I bet you cannot.

All three tracks presented here were recorded and mixed by Felix Fung. Dizzy Eyes are Marissa Johnson on bass and vocals, Jordan Gervais on drums, and Alejandro Constanzo on guitar and vocals. 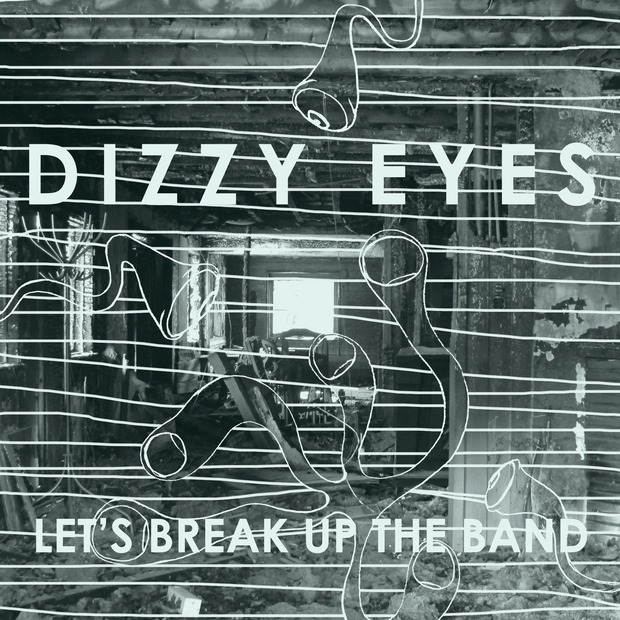