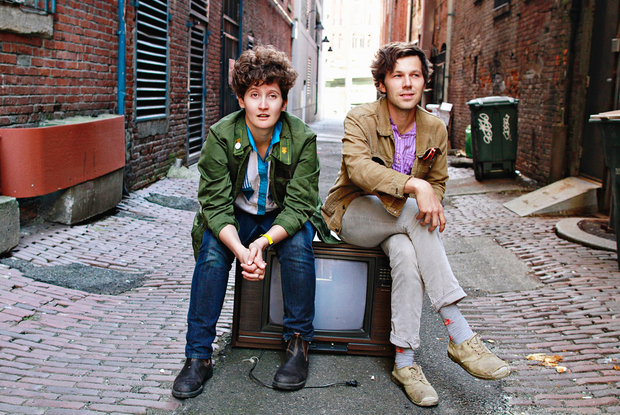 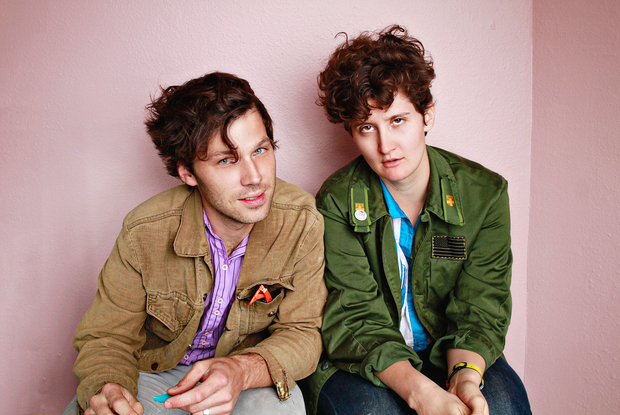 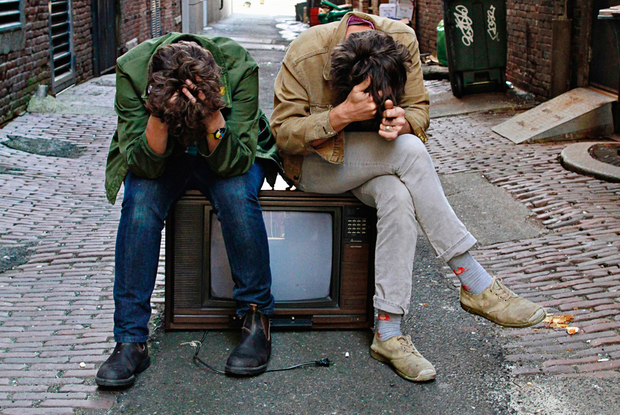 DEEP TIME hesitated to invade your consciousness for so long. You were getting irritated.

“They’re late!” you moaned as you paced around the room, stamping out cigarette butts. “Who’s late?” your friends would ask, but you couldn’t answer ‘cos you didn’t quite know … you just knew DEEP TIME had to be out there, somewhere.

And they were. Like a doomsday cult lurking at the edge of the desert, they were biding their time, patiently poised to pounce. One day they would run free in their dune buggies, dispensing truth to the wretched, starving masses.

But they had to wait … for the right time! They had surveyed the scene for some years and, as occurs before each apocalypse, saw the Earth was rife with false prophets. DEEP TIME let them do their thing – they are part of the process, after all – and coolly watched them espouse their various dogmas, panaceas, crazes, and snake oils.

Each of these crazes precipitated mass hysteria, inspiring the mob to run this or that-a-way, drooling, sobbing, flailing about and/or groaning. Those so affected would eventually collapse on the ground, unconscious until awakened by a new plastic potentate with yet another craze, trend or fad. The crowd would dutifully chase, drool, collapse all over again.

While DEEP TIME watched all this transpire, they too could have joined the fray, jumped aboard the … When the time was right. When the dust had cleared and the ruins had settled into the precisely correct rubble proscenium on which to perform.

When would that time be? Luckily for you dear reviewer/ enthusiast or whoever you may be, IT IS RIGHT NOW.

DEEP TIME (née YELLOW FEVER) are from Austin TX, a bewitching pop duo, comprised of Jennifer Moore on Organ, electric guitar and vocal microphone, and Adam Jones on drums – who are as infectious and delightful as this time demands.

Jennifer Moore, once the torchbearer for girl-group legends THE CARROTS is something altogether unusual in the modern age; a singer with those endangered qualities: personality, style, and an arresting delivery. Adam Jones is the jazzy ‘batterista,’ as musical and dynamic a drummer as you will see on the scene today. Once upon a time, creatures such as these roamed the earth in the dozens; now they are as rare as the barely glimpsed yeti.

BUT! It’s not just their personality that recommends them. It’s the tunes, mate. Just listen to the new-wave polka-soul-serenading madness of “Gold Rush,” the toe-tapping Italo-mutation of “Sgt Sierra,” the easy-listening doom-incantation of “Gilligan” … every song on the record is a bon-a-fide catastrophe for the forces of predictability and boredom.

DEEP TIME are that kind of rare phenomenon that is easy to miss in the modern rock carnival because they don’t wear kabuki make-up or pour PBR on their head. Their bandwagon isn’t a monster truck or a garish tour bus with a broken toilet, so you might not see it parked outside of the club. Still, jump on when it drives by. It’s a sweet ride. 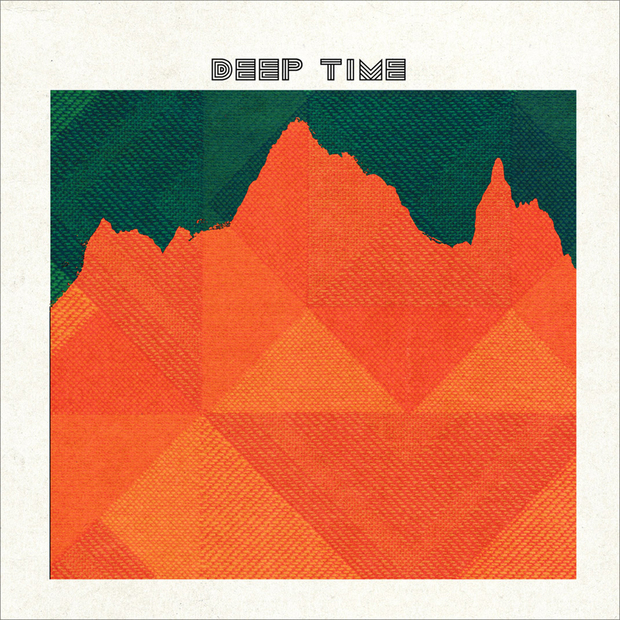