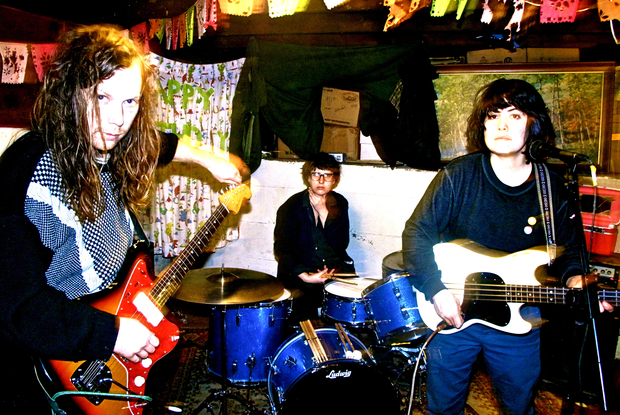 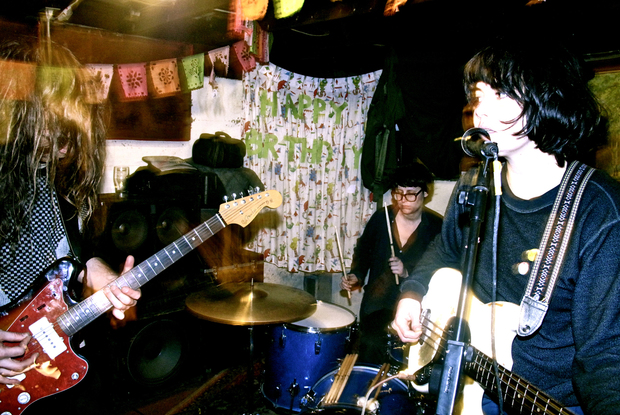 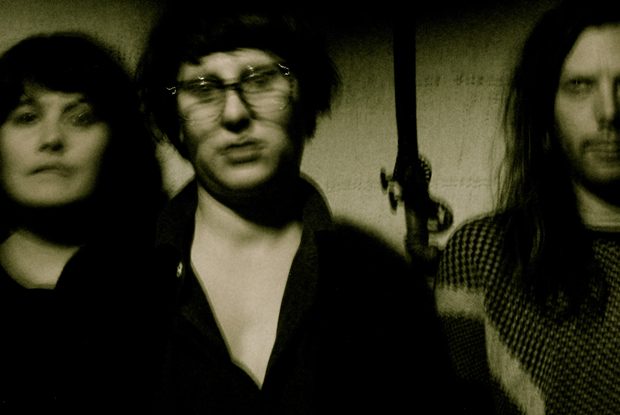 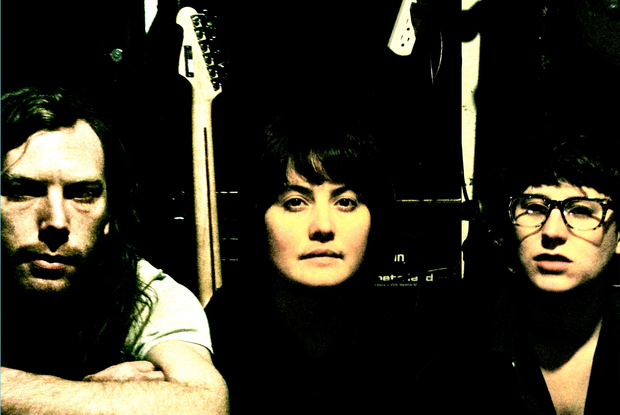 In the center of downtown Olympia, Washington, in the middle of a parking lot, is an artesian well that spews fresh, ready-to-drink water from a metal pipe at the rate of ten gallons per minute. It’s often said that those among us who drink from the well, will never leave town, and even if we do, we will always inevitably return. The beer once brewed in Olympia even has “It’s the water!” written on the can. This is considered a form of proof, the way the pyramid on the dollar bill is considered a form of proof. Olympia, then, is a town with a tether, a fluid pulse, a mythology open to interpretation. However you slice it, it’s a place teeming with ghosts, even if your ghost is just the shadow of who you were earlier this morning.

The Olympia three-piece Broken Water— a sometimes noisy, sometimes droning, often pretty and subtly poppy band—is very much a product of its hometown. Shape-shifting over the course of EPs, singles, and full-length albums released consistently since 2009, the band has managed the rare feat of evolution in the service of a signature sound, wild experimentation that ultimately works as a harness, locking down the music’s unique and idiosyncratic internal logic.

Broken Water began when Kanako Pooknyw started hanging out at the house Jon Hanna shared with one of her friends. Hanna was a reclusive sort—the type of guy who had a secret solo career lodged deep inside an old laptop. Pooknyw disarmed the socially anxious Hanna over months of shared cigarettes and stoned banter. (She often began their talks with the same questions each time, and would forget his answers by the next time she visited.) The two struck up a friendship, and soon after joined up with bass player Dillan Norton to form the band Sisters, with Hanna on guitar and Pooknyw on drums. Sisters disbanded and though Pooknyw was still learning her instrument—dropped sticks were common and she often missed the drum heads completely—Hanna was impressed with her energy, determination, willingness to be weird, and, ultimately, the refined technique she arrived at after a time, a unique approach to structure and timing that takes many of Broken Waters’ tracks in surprising directions. This was an instinctual nod from a long-time local to the grungy, off-center, not-too-pop pop music prolific in the region since the early nineties—The Melvins, KARP, Unwound, lesser-known bands like Mukilteo Fairies…they’re in the water, to borrow a phrase, and hard to ignore.

Such effects are often driven by a band’s guitarist, but Broken Water’s rhythm section—rounded out by the addition of Pooknyw’s good friend, the understated but amply talented bassist Abigail Ingram (also of Congratulations)—is no mere backdrop for Hanna’s loud, impeccably distorted and swirling sound. Every member of Broken Water take turns contributing lead vocals— Pooknyw and Ingram balance things out with a mix of Mazzy Star-like precision and eerie, haunting melodies that can draw a jagged line back to My Bloody Valentine, Cocteau Twins, or even the springy, deadpan vocals of Black Tambourine. Add to this the way each instrument plays both for and against the others, and Broken Water creates an energetic crescendo; a controlled and restless sound, one that is ambient and ethereal without denying itself the messy joy of punk rock; a loud band, with seeds of aggression, but one that doesn’t mask melody for the conceit of a sonic assault.

Broken Water has hundreds of live shows and several studio releases under their belt. Their latest full-length, Tempest, picks up where 2010’s Whet (Radio is Dead/Night People) left off. Both albums hit notes of nostalgia for fans of post-punk, no-wave, grunge, and shoegaze alike. But, as with the best of the bands who inspire a backwards glance, Broken Water celebrates its influences without leaning too heavily upon them. It’s clear that their charm and vision have ambition beyond mere facsimile.

This ambition is becoming increasingly evident. This winter, Broken Water recorded ten songs with Stan Wright which find the band at their best: moving forward, honing their sound, filtering new ideas through a songwriting process that has become increasingly collaborative. The trio expanded its version of musical chairs with Pooknyw and Ingram continuing to share bass and drum duties, as well as an increased division of labor among the vocals. Ingram takes the lead on two tracks—“Orange Blossom Stains” and “River Under the River”—and Pooknyw and Hanna split the rest. This democracy of roles has led to subtle shifts in the band’s sound, the effects of which often override their simplicity and their ever-growing sphere of influence. The band credits a panoply of inspirations for the feel of the album: Russian punk-rock poets, the ocean, drowning, the Occupy movement, touring, nightmares, dreams, memories; relationships to privilege, substances, and other powers.

This way of conceiving a record—creating a tight structure while allowing space for the inevitable appearance of the ghosts that can’t help but haunt your daily life—bears a direct correlation to the community in which these musicians live and work. Broken Water is a band unafraid to wear its influences on its sleeve, because—as the new album shows— there’s always another day, another shirt, another sleeve, another sound. Tempest will be released May 29th, 2012. 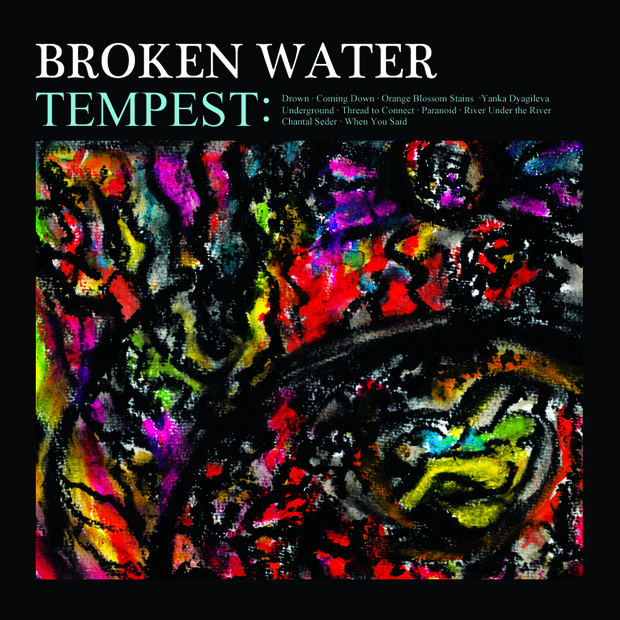 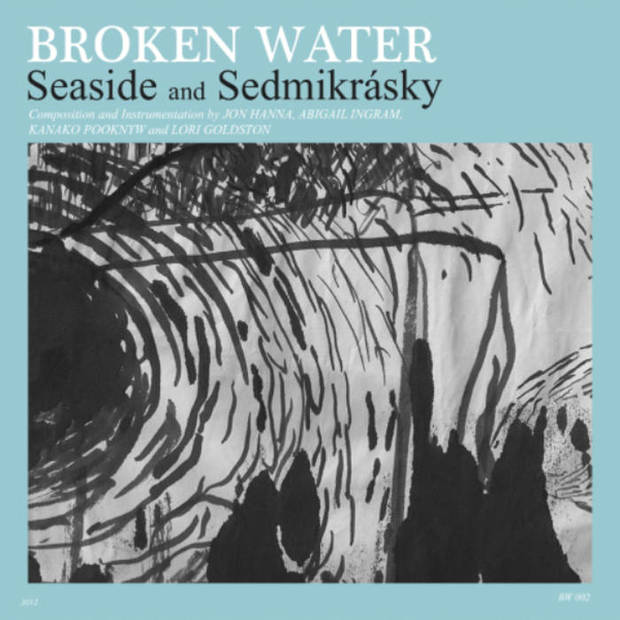